Internet on the range: Rural residents suffer with lack of broadband options 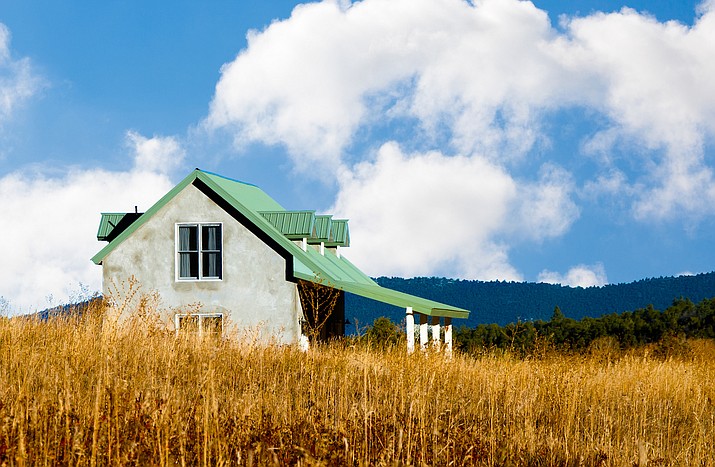 WILLIAMS, Ariz. — If you had to choose, would you pick the internet or running water?

People in modernized countries don’t typically need to make that decision, but for approximately 37 million Americans, access to high-speed internet is still a challenge in 2018.

Two years ago, the United Nations created a special report that declared internet access is an essential freedom that should not be restricted. Specifically, it called for the recognition of the open nature of internet as a driving force in accelerating progress towards development, and that digital literacy and access to information on the internet is an important tool in the right to education.

Despite the evidence that access to information that can be provided by quality internet is integral to education, commerce, public safety, health care and infrastructure, nearly 1 million Arizonans are without internet in their homes.

According to a February 2018 Arizona Department of Administration report, 78 percent of Arizonans have access to the internet in their home but approximately 898,724 Arizonans — mostly in rural and tribal communities — have limited or no access to high-speed internet.

Although no figures exist for Williams, just a few minutes of browsing on local social media feeds reveal that residents in the rural areas around Williams, such as Valle, Red Lake, Ash Fork and Parks, are suffering from a lack of reliable internet service providers.

Common public utilities such as water, electric, propane and phone are typically available, but many rural Williams and Parks residents are left grasping for straws when it comes to internet providers.

A resident on one side of a hill will have excellent service, while a neighbor just half a mile away has none at all.

Even when a provider is located, it isn’t uncommon to be required to sign multi-year leases at high cost, and then find out the provider has gone belly-up and people are back on the search.

Those seeking to relocate to the area are beginning to choose their properties based on internet availability, as many people coming from urban areas have become dependent on the internet for news, shopping, telecommuting, entertainment and education.

According to a 2016 Federal Communications Commission report, of Arizona’s population without broadband internet access, 63 percent (410,794) reside in rural areas, and 95 percent of the tribal population has no broadband access.

The legislation is focused on removing unnecessary regulations on companies making broadband investments in rural areas. The targeted regulatory relief is meant to attract private capital that is needed to expand broadband access.

“As we were looking at ways to improve access to rural broadband, one thing the rural broadband folks were telling us was that they were running into problems raising the capital and investment they need to expand broadband infrastructure into new rural communities,” said Nick Zeller, communications director for Kyrsten Sinema’s office. “Expanding broadband to rural areas is quite expensive, and it isn’t the kind of high-return investment that attracts a lot of private investment from big-time investors.”

“It costs a lot of money to expand broadband infrastructure in rural communities.” Zeller said.

Although the bill aims to bring broadband internet to rural health care providers, the measure could also impact residential users.

The bipartisan legislation is meant to encourage investment in high speed broadband internet for rural communities by cutting through red tape.

“Every Arizona family, no matter where they live, deserves access to quality, affordable care,” said Sinema in a media release. “Arizonans should be able to get the care they need without having to take time off work, drive for hours, and pay a small fortune. By expanding high-speed internet in rural areas, we’re helping Arizonans receive better care in their own communities. Our bill cuts red tape holding back investment in rural broadband and improves access to health care that Arizonans can count on and afford.”

The hope is that bringing broadband to rural communities will help lower health costs for patients and providers, offer patients greater access to specialists and medical services unavailable in rural areas, and provide more timely care.