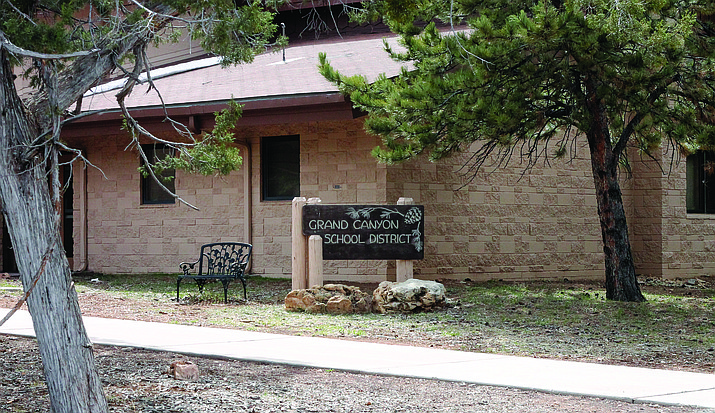 GRAND CANYON, Ariz. — After a months-long process of gathering information, processing it and turning it into usable action items, the Grand Canyon Unified School District is moving forward with its three-year strategic plan to improve the students’ education and experience.

As part of the plan, the district crafted a new mission and vision statement to reflect its goals moving forward. Thomas O’Connor, a consultant hired by the district to lead it through the process, said careful thought was put into word choice to best reflect parents’, educators’ and the administrations goals for Grand Canyon students.

One of the top priorities O’Connor has already begun addressing is making Grand Canyon School an emotionally-safe space for both students and faculty. As he was gathering input from school stakeholders back in May, O’Connor said he learned that parents, students and faculty all had concerns about the safety of their children. Results from a survey O’Connor provided to the school’s governing board indicated many believed students were being bullied, and also that students were being allowed to bully or be disrespectful to their teachers.

“When I was looking at the data … nearly a third of the respondents disagreed or strongly disagreed with a question along the lines of ‘My child feels safe from bullying,’” O’Connor said. “That’s something we need to work on, and it’s a key element of our strategic plan.”

Although the plan hasn’t been approved by the governing board, O’Connor has already begun implementing some of its goals in regards to emotional safety, including professional development for faculty.

But how do your measure the success of something like a mission or vision statement or a more focused, content student body?

O’Connor said that while some objectives can be quantified by things such as AzMerit test results or counting how many students choose to continue with post-secondary education, other areas are much more subjective. Some of those areas begin with the students themselves, reminding each other that a rule has been broken or to be kind.

Another key point of the strategic plan is to address any breakdowns in the lines of communication. O’Connor plans to utilize the school’s website more fully and establish a single source of truth, whether it’s for board meeting minutes or a cohesive calendar to replace the two or three that were circulation separately.

O’Connor said many weeks of gathering input went into the plan’s formulation, which will guide the district for the next three years or so. After sifting through nearly 1,000 comments on how parents, staff members, community members and students viewed the school, he was able to build the plan based on common themes that kept arising.

“When I boiled it down, we had some 500 or so comments to work with, and we used that information when formulating our goals,” he said.

Some common assessments included making sure teachers were trained to work with culturally diverse communities, celebrating those cultures, more and higher-quality housing for staff, researching best practices from other districts, retaining staff and also holding them accountable and adjustments to the curriculum, such as adding driver’s education or middle school interventions.

Once those comments were processed, O’Connor then addressed what successfully meeting those objectives might look like, such as family involvement, better teacher pay, an up-to-date library and more extracurricular activities.

Now that the plan has been mapped out, O’Connor said most of it will be available on the school districts website for community input, although he emphasized that while information will always be accepted and assessed, no major changes to the plan are likely to occur at this point.

O’Connor said now that the strategic goals have been decided and tactics developed to reach them, the district is now in the process of mapping out programs and policies to best meet them. It’s an ongoing process, and one that can be tweaked as the year progresses.

The school’s mission statement, vision statement and strategic goals can be found at https://www.grandcanyonschool.org/domain/64. The public is welcome to provide comments.