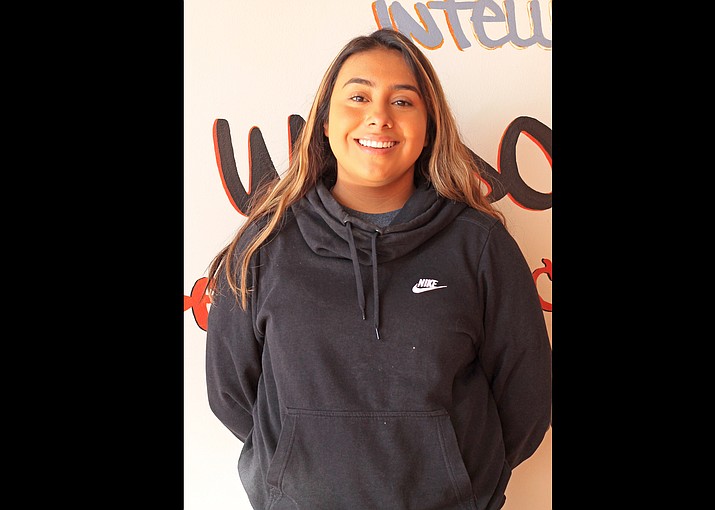 Paola Belmontes is a senior at Williams High School. Paola is the student body president at the school.

In addition, Paola is the drama president, journalism president and is in her third year of playing on the basketball team. She just finished up as the manager of the football team.

At the high school, Paola does well in all of her classes but enjoys her math classes the most.

She has enjoyed all her teachers but said Mrs. Montgomery has especially encouraged her at school.

After graduation, Paola plans to attend the University of Arizona and study political science. She wants to be a political analyst. She enjoys government and law.

In the summer, she went to Girls State to represent Williams High School. She works at the Grand Canyon We Cook Pizza and Pasta and the Polar Express.

If she had the opportunity she would take a roadtrip with Mia, Amaryssa, Nancy, Emily and many others.