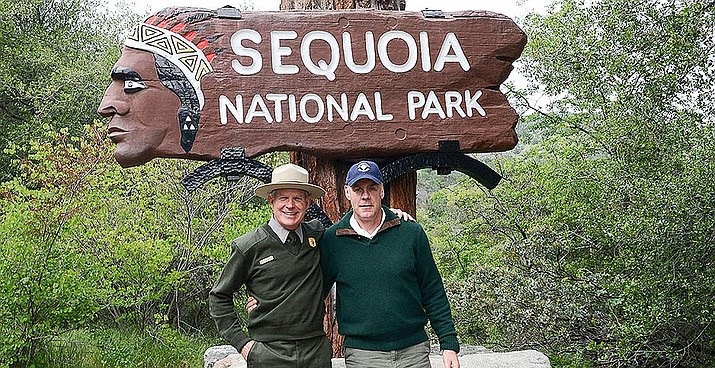 Christine Lehnertz, who took over at Grand Canyon in 2016 in the wake of a sexual harassment scandal that eventually ended in the retirement of former superintendent David Uberuaga, was placed under investigation Oct. 23.

The agency has not revealed what prompted the investigation and has not given a timeline on when it will be completed.

As regional director of the Pacific West at the time, Lehnertz praised Smeck’s appointment to the Sequoia-King’s Canyon post, calling him a proven leader with a track record of building strong partnerships and community relations.

Smeck’s reassignment will be a short-term solution; Andrew Munoz, spokesman for the NPS Pacific West Regional Office, said a search is ongoing for a longer-term assignment to Grand Canyon.

In an interview with Wyoming Public Media, Jeff Ruch, executive director for Public Employees for Environmental Responsibility (PEER), the moves suggest the investigation into Lehnertz could take a long time. He also said her removal appeared to be a case of guilty-until-proven-innocent.

“It’s one of these things where — even if there’s no misconduct found — there’s a permanent impairment on the superintendent’s career,” he said.

Lehnertz has been reassigned to the NPA national office in Denver pending the outcome of the investigation. An NPS spokesperson said investigators have 30 days to produce a report after the completion of the investigation and the agency will determine the appropriate next steps based on that report. The report is to be made public 30 days after receipt by NPS.