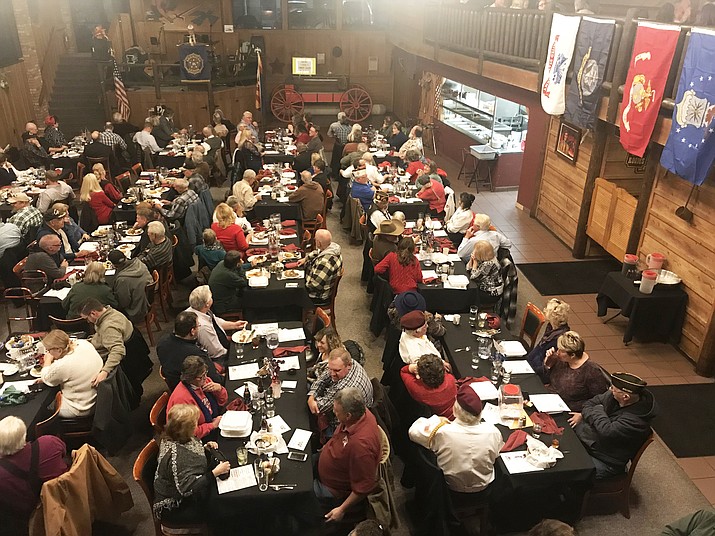 Veterans and their families enjoy a dinner at Miss Kitty's Steakhouse Nov. 11 in honor of Veteran's Day.

A Veterans Day Banquet and Centennial Celebration was held Nov. 11 at Miss Kitty’s Steakhouse. Williams Veterans and community members enjoyed steak and chicken dinners, Don Dent received a plaque on behalf of the city of Williams recognizing Williams as a Purple Heart City. Dent was chosen to receive the award for the city to recognize the sacrifice made by his brother who lost his life 50 years ago while he was fighting for his country during the Vietnam War. A U.S.O. Comedy Salute was included in the program and John McCabe was welcomed as one of the only attending WWII veterans at the event. McCabe served in the U.S. Army in the Philippines in 1945.