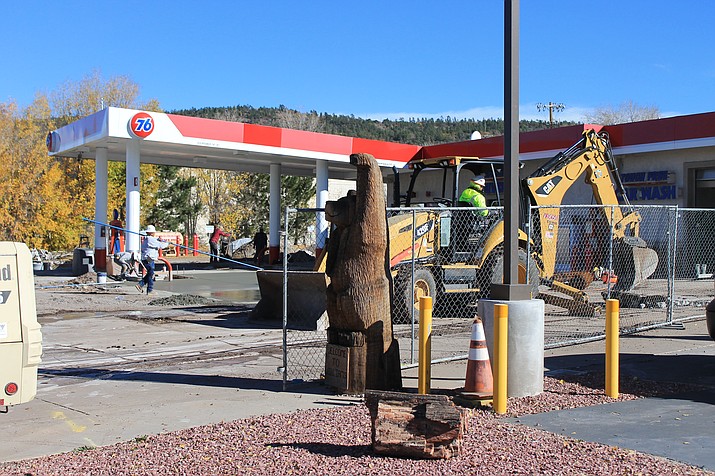 Workers at the Route 66 Autocare 76 have been busy this fall, as backhoes and bulldozers have been ripping up concrete and digging holes.

Cowen said he is installing new tanks, new pumps and new lines at the station, and is also planning to build a new island on the east side of the building to accommodate more pumps.

“This will increase the capability of the station when it gets busy," he said.

Cowen said the station will now have double wall containment tanks that will be monitored between the liners. The new tanks will also have upgraded card readers that can read chips.

The store, car wash and propane will all remain the same at the business.

Cowen also owns the property north of the station. He said he hopes to lease it to someone interested in building a business there in the near future.

The Route 66 Autocare 76 has been a gas station since the 1960s and is one of three businesses Cowan owns on the west side of Williams.

Cowen purchased the Pic Quic north of the 76 around 2013 and is remodeling the building and hoping to lease it in the future.

Cowen purchased Wagoner's gas station west of the 76 in October 2017 and has since remodeled it and created the Route 66 Gallery, Gift Shop and Museum.

Cowen said he hopes to have the 76 gas station ready by early November.