I-40 assists and accidents keep Williams Fire hopping in October 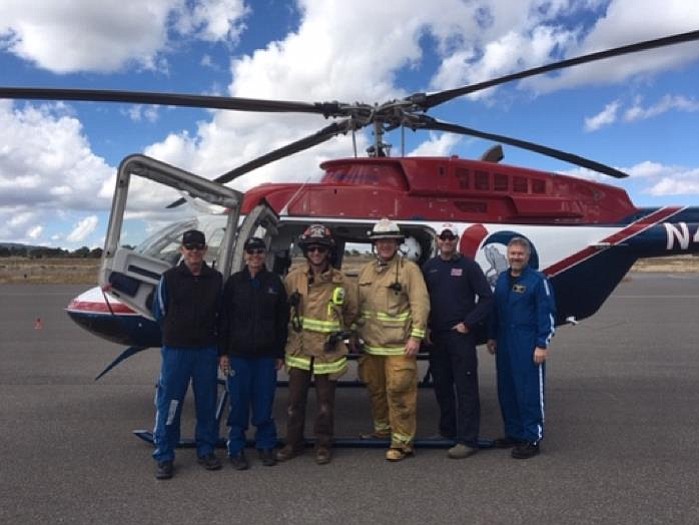 Williams Fire would like to thank the cook for the day, Cameron Maebe. 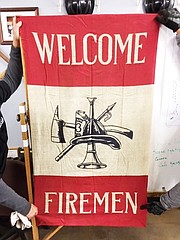 During preparation for Community Safety Day, WFD members found a flag which they are researching to discover the history of the banner. (Submitted photo)

During preparation for Community Safety Day, WFD members found a flag which they are researching to discover the history of the banner. One community member and past WFD Fire Chief Marion Smith stated he believes the flag is from the 1948 Arizona Fire Fighters Association meeting held in Williams. The fire department is planning on framing the flag and displaying at Fire Station 2 in the future.

The WFD welcomed its newest member, Loretta Yerian, during the business meeting Oct. 3

Williams Fire Department responded to the following calls during October:

On Oct. 14, WFD removed a roof to extricate a trapped victim on I-40 who was involved in a single car rollover. (Submitted photo)

Oct. 3 I – 40, milepost 159 west bound, medical assist was given following a car that was run off the road. The car was checked for hazards;

Oct. 7 report of gas odor outside of building and bricks falling. Unisource Gas was called;

Oct. 8 hotel with alarm activation. Upon arrival staff states burning toast was the cause, no hazards found;

Oct. 14 I – 40, milepost 152 westbound, single car roll over, single patient self-extricated and was treated by Lifeline;