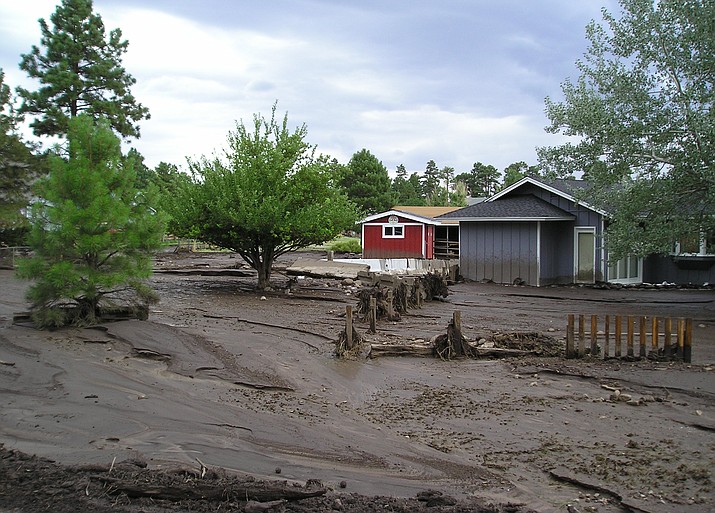 Coconino County Flood Control District will now be levying taxes on all properties within the county.

Residents of Williams could be seeing a decrease in their property tax bills this fall with the passing of a resolution by the Coconino County Board of Supervisors May 15.

In the early 1980s, Arizona enacted legislation that gave counties the authority to establish flood control districts to address flood control needs within their jurisdictions.

“The purpose of a flood district is obviously to control flood impacts within the county,” said Lucinda Andreani interim deputy county manager and director of the public works department.

In 1984, Coconino County established the Coconino County Flood Control District by passing an ordinance that allowed incorporated areas to assume their own floodplain management. Several communities, including Williams assumed that responsibility, but an interpretation of the ordinance allowed Flagstaff, Page and Sedona to “opt-out” of the taxation.

The Flood Control District historically regularly distributed funds to those communities who were taxed for floodplain issues, but the new ordinance will change that.

“The number one public health threat in this county is wildfires and particularly post-wildfire flooding, and we’ve identified Williams and Flagstaff being at the greatest risk,” Andreani said. “I think that priority will have a lot of gravity in this process because it doesn’t do any good for Williams to go out and invest a lot in new infrastructure or rehabbing existing infrastructure because if the mountain burns and it floods, it will all get destroyed or plugged up anyway.”

How much is the tax?

If the current flood control district budget remains at $2.2 million for fiscal year 2019, the addition of Flagstaff, Page and Fredonia decreases the tax rate for tax year 2018 to 18.22 cents on $100 of assessed property valuation.

The tax rate drops because the assessed property valuation for the flood control district increases to $1.4 billion when the private properties in Flagstaff, Page and Fredonia are added.

If the board of the flood control district decreases or increases the fiscal year 2019 budget, the tax rate could change.

Why is it changing?

Recently, a review of the flood control district policies was undertaken by outside legal counsel. The review revealed that the county should be levying taxes on all properties with the county and should not exclude those within Flagstaff, Page and Fredonia to follow state statutes. All properties within the district should be equitably taxed according to state law.

“A little over a year ago they transferred the responsibility and administration of the flood control district from the Community Development Department to the Public Works Department,” Andreani said.

Andreani said when she began overseeing the Flood Control District she looked to see what intergovernmental agreements were in place. Through that process, and consultation with legal counsel, it was revealed that the county was out of compliance with the ordinance.

“She (legal counsel) had concerns about how the district was formed. In February or March she came back to the district and board and said it had not been formed correctly,” Andreani said.

What are the priorities for projects?

The flood district board recently identified forest restoration as the top priority of the district. The district has recently used funds to hire a forest restoration director for the county and also funded the NAU Rural Policy Institute study of potential post-fire economic impacts to Williams. The board also set as a priority the engineering and construction of a flood control project near Fort Tuthill County Park.