Memorial Day services May 28 in Williams 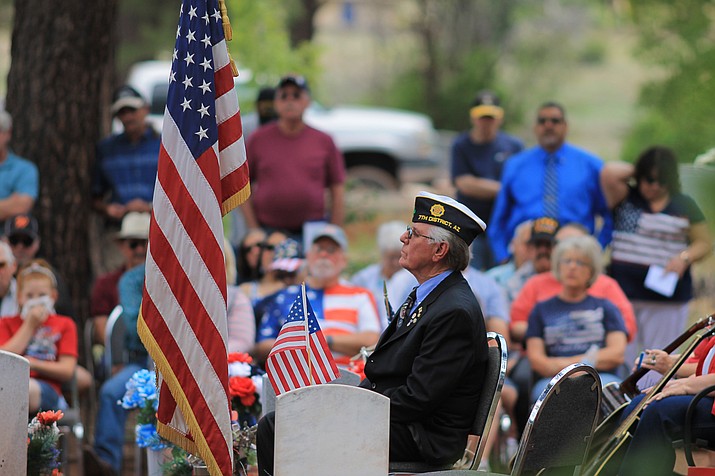 Memorial Day services will be held at the Williams Cemetery May 28 at 11 a.m.

The event will feature entertainment and speeches followed by a free lunch (pulled pork, potato salad, macaroni salad and baked beans) at American Legion Cordova Post 13, 425 W. Grant Avenue from 1-3 p.m. The event is free and open to the public. Following lunch, the American Legion will host a free screening of "Arizona Heroes of World War I."

This 60-minute historic documentary, tells the story of the soldiers and citizens from Arizona who were involved in this conflict. This documentary uses 100-year-old film from the vaults of the National Archives. It highlights the heroic, dramatic and inspiring stories of Arizona’s brave men and women. Each segment of the film is dedicated to a different chapter of the war and brings to light some well-known and lesser-known personalities and groups of that era such as Pancho Villa, females in WWI, Native American and Hispanic contributions in the war, politicians and foot soldiers.