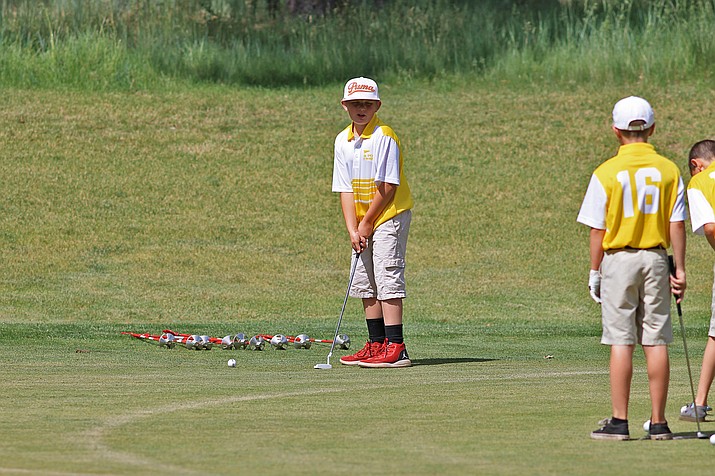 Registration has begun for PGA Junior League Golf as the program returns to Elephant Rocks Golf Course for its third season.

The nationwide program featured a record-setting 36,000 participants across 2,900 teams nationwide last year, led by the more than 2,000 PGA and LPGA professionals who served as captains. The growth represents a 300 percent increase from the 9,000 kids who participated on 740 teams nationwide just three years prior.

Young golfers in Williams are part of the northern Arizona leagues, which consists of teams from Pine Canyon, Forest Highlands and Continental golf courses in Flagstaff.

The matches are made up of boys and girls, age 13 and younger, who are put into teams of two

The program uses a two-person scramble format for competition, which reinforces the team concept and creates a nurturing environment for learning the game. Teams play four, nine-hole matches in a game; captains can substitute players every three holes, allowing everyone on the team a chance to participate. Teams typically play between four-to-six games in the regular season, which runs from May-July.

PGA and LPGA professionals lead the program, providing kids with expert coaching and instruction. With parents and family members encouraged to assist as coaches and volunteers, PGA Junior League Golf involves the entire family and introduces them to an all-ages sport they can play and enjoy together for a lifetime.