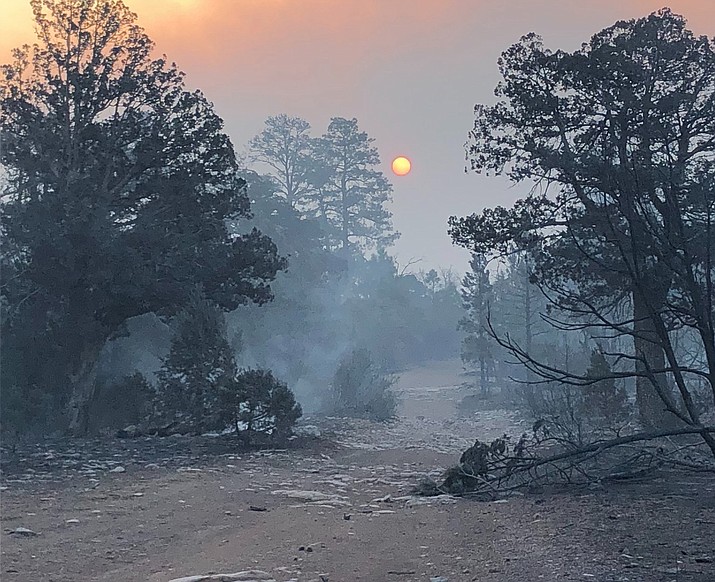 These new restrictions limit the number of activities that are typically allowed on the forests and will remain in effect until significant moisture arrives.

The Forest Service uses fire restrictions to help prevent unwanted, human-caused wildfires and to limit the exposure of area residents and visitors during periods of potentially dangerous fire conditions.

Implementation of fire restrictions normally occurs based on a combination of factors that are carefully measured. Criteria used to determine when to implement restrictions include things such as current and predicted weather, fuel moisture, fire activity levels and available firefighting resources.

• Smoking (except within an enclosed vehicle or building).

• Discharging a firearm, air rifle, or gas gun, except while engaged in a lawful hunt pursuant to state, federal, or tribal laws and regulations.

• Welding or operating acetylene or other torches with an open flame.

• Possessing or using a motor vehicle off National Forest System designated roads (Vehicles must stay on open Forest Roads and cannot drive and/or park over any vegetation.)

• Operating a chain saw powered by an internal combustion engine between the hours of 9 a.m. and 8 p.m. Chain saws must have an operational spark arresting device.

Exemptions to the restrictions include the following:

• Using a device fueled solely by liquid petroleum or LPG fuels that can be turned on and off. Such devices can only be used in an area that is barren or cleared of all overhead and surrounding flammable materials within three feet of the device.

• Operating generators with an approved spark arresting device within an enclosed vehicle (enclosed RV cabinet) or building or in an area that is barren or cleared of all overhead and surrounding flammable materials within three feet of the generator.

Forest officials would also like to remind visitors that having a campfire on the national forest while under fire restrictions is a violation of law requiring a mandatory appearance in federal court and consequent fines and possibly jail time. Visitors should use extra caution when recreating on all public lands during fire season.

Know Before You Go! The public can obtain additional fire information via the following: