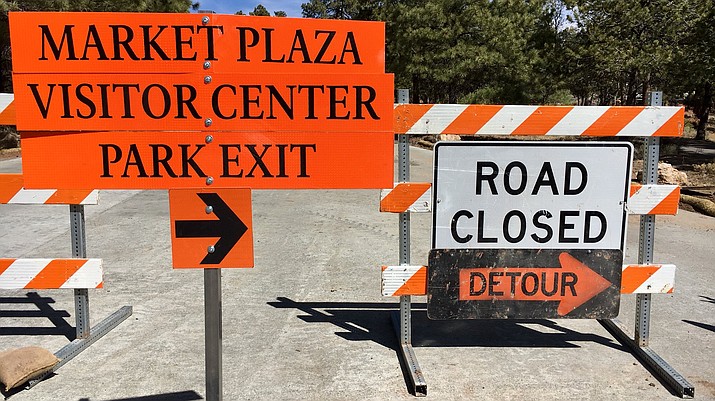 GRAND CANYON, Ariz. — Road construction at Grand Canyon National Park is expected to last through the peak season, prompting park officials to remind visitors to turn off their GPS devices and follow marked detour signage inside the park.

The construction is part of the South Rim Roads Improvement Project initiated by the Federal Highways Administration. Several major roadways and intersections in Grand Canyon National Park with be repaved, widened or reconstructed to allow for smoother traffic flow, as the park has experienced record visitation numbers over the past two years.

Park spokeswoman Emily Davis said in spite of a few weather-related delays, the project is progressing well and much of the major work is scheduled to be completed by fall.

More information s available at https://www.nps.gov/grandcanyon, on Twitter @GrandCanyonNPS, on Facebook at Grand Canyon National Park or by signing up to receive Grand Canyon National Park news releases in your inbox. A hotline (928-277-8010) is also available. Calls will be answered during construction work hours. During non-construction hours, the line will have a recorded message.