Self-driving Uber trucks on I-40? 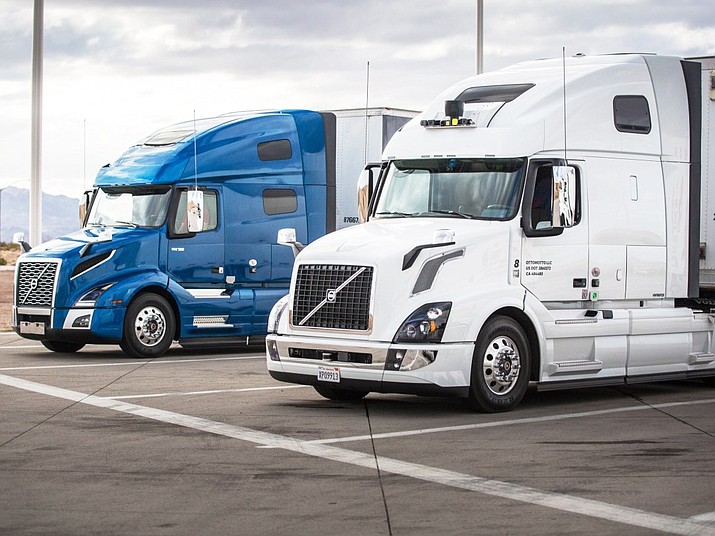 Uber has suspended operations of their self-driving trucks on I-40 following the fatal pedestrian accident in Phoenix March 18. (Adobe Stock)

However, the self-driving trucks on I-40 are being halted after an Uber SUV struck and killed a pedestrian in the Phoenix area the evening of March 18.

According to the Tempe Police Department, 49-year-old Elaine Herzberg was killed when a self-driving Uber Volvo XC90 SUV struck her as she walked a bicycle outside a crosswalk in Tempe, Arizona.

Uber said it was suspending all automated operations even though no accidents have been reported with the experimental truck program.

The trucks, which contain an operator in the driver’s seat, began hauling cargo across the state in November using an Uber Freight app.

According to reports, the trucks pick up a cargo load submitted on the app from a transfer hub before taking a long trip to another hub, where it’s handed off to a conventional truck driver for a final, short delivery.

“The purpose of the hauls is to gain real world experience in moving freight by both self-driving and traditional human driven trucks,” wrote Uber spokeswoman Sarah Abboud in an email. “Test hauls, like what we’ve done in Arizona, are incredibly important in identifying how we build our self-driving truck product.”

The Arizona Department of Transportation — which operates the ports of entry used by the self-driving trucks in Topock and Sanders — deferred questions to Uber for information regarding its self-driving truck program.

In response to questions about whether incidents involving self-driving trucks along I-40 have occurred and the types of risks and/or benefits that exist in relation to the self-driving trucks, the Arizona Department of Public Safety, which patrols I-40, provided no specific answers.

“As with any fatality on Arizona’s roads, the Department of Public Safety mourns the loss of life. As a law enforcement agency, our number one priority is the safety and security of the citizens we serve. The state of Arizona is committed to protecting public safety when it comes to testing this new technology on our roads and we will work in partnership with the investigating agency and the autonomous vehicle industry to identify issues that support a safe environment for all roadway users,” wrote Bart Graves, spokesman for the agency, in an email.

Chelsea Curtis is a reporter for Today's News Herald, a sister paper of Williams-Grand Canyon News.

Reporter Wendy Howell of the Williams-Grand Canyon News contributed to this story.

Tempe Police Vehicular Crimes Unit is actively investigating
the details of this incident that occurred on March 18th. We will provide updated information regarding the investigation once it is available. pic.twitter.com/2dVP72TziQ

Region in brief: May 30
Route 66 Fun Run from Seligman to Toprock returns May 3-5
Ash Fork and Williams Fire respond to I-40 truck fire
Late snowstorm leads to multi-vehicle crash on I-40
Business Beat: Mother Road Taxi and Tours road ready