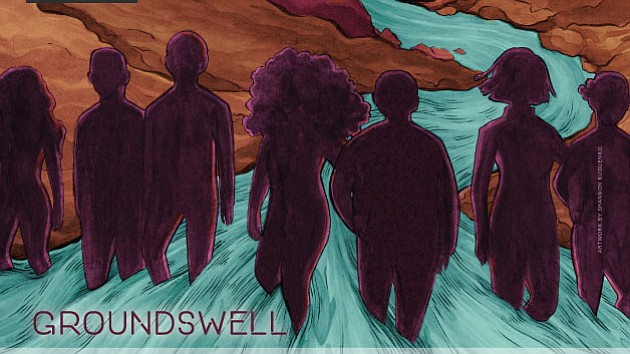 The Grand Canyon Wolf Recovery Project has been hosting the Wild and Scenic Film Festival in Flagstaff for nine years. (Photo courtesy of GCWRP)

FLAGSTAFF, Ariz. — A series of films about the world’s most endangered animals — including Arizona’s Mexican gray wolves — takes center stage April 14 at the Coconino Center for the Arts.

The annual event proceeds benefit the Grand Canyon Wolf Recovery Project. Adult admission is $14, student admission is $12 and children aged 12 and under is $6. Doors open at 6 p.m. and the program begins at 7 p.m. Tickets can be purchased at https://gcwolfrecovery.org/tickets or at the door the night of the event.

This year’s festival will feature seven films, including the featured film “Right to be Wild” by Flgastaff documentary filmmaker Katja Torneman. The film documents the discovery of the last wild lobos and the conservationists tasked with saving them from extinction — it includes rare footage of the capture of the last wild lobos, biologists tracking Lobos from helicopters and on the ground, wolf ecotourism, conservationists, everyday citizens and students working to raise the natural wild population.

Torneman is an award-winning documentary filmmaker – she was awarded the 2013 Andrew Carnegie Medal for Excellence for her local children’s film “Anna, Emma and the Condors.”

Natural Heroes ANNA, EMMA AND THE CONDORS promo by NaturalHeroesTV

In addition to the films, live music will be provided by local Hopi musician and Museum of Northern Arizona’s artist-in-residence Ed Kabotie. There will also be a raffle and silent auction, and refreshments are available.

More information is available at https://gcwolfrecovery.org.