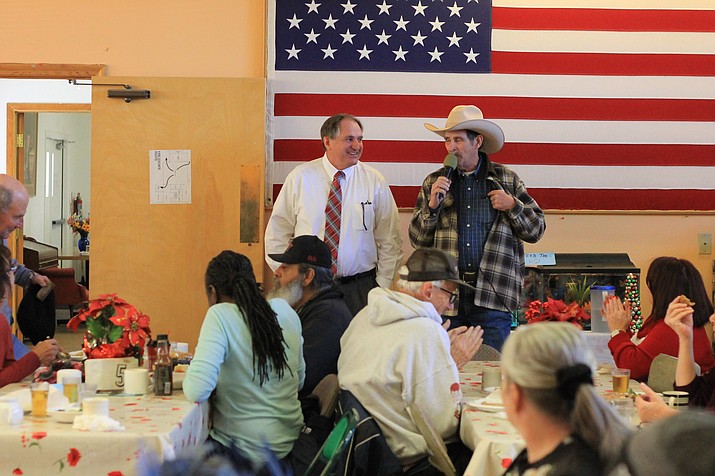 WILLIAMS, Ariz. — The city of Williams has terminated their contract with City Manager Bill Lee as of March 15, according to Mayor John Moore.

Lee was relieved from his duties after leading the community for just three months, the city announced.

The resignation is effective immediately.

Moore said Lee was asked to leave when it was determined the council had a vision for the city that was different from Lees'.

“After 90 days on the job, the city council determined he just wasn’t a good match for the city of Williams,” Moore said.

Lee stepped into the position following a six-month vacancy after the departure of former city manager Skylor Miller, who was hired in July 2016 and resigned in July 2017.

Moore said the council tries to put the right players in key positions who will do well for the city.

“Unfortunately the last couple of years, it just hasn’t worked too well,” he said about the turnover in city managers.

Moore said the city clerk, city manager and chief of police positions are at-will, which allows the council to easily fill and/or release people form the positions.

U.S. labor law defines at-will employment as a contractual relationship in which an employee can be dismissed by an employer for any reason, without having to establish a cause for termination.

“They answer directly to the council,” Moore said of the positions. “They don’t have all of the protections by law that regular city employees have. You have to have more control over the people in the key positions.”

Lee began work as the new city manager for Williams Dec. 4 after nine years as the city manager in Somerton, Arizona, a community of 17,000 on the outskirts of Yuma. Lee has worked 27 years in city government positions and prior to Somerton, worked for Camp Verde.

When asked what specific direction the council wants to go, Moore said the council is continually concerned about water, infrastructure and day to day operations of the city.

“The council has a lot of experience dealing with water and the major issues that arise,” Moore said.

He said the council has no immediate plans to announce the vacant position.