Police K9 could be coming to Williams 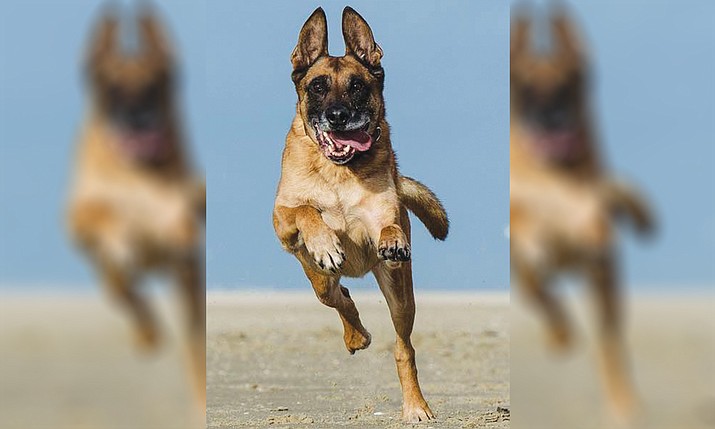 The Williams Police Department hopes to acquire a Belgian Malinois as a police K9. (Stock photo)

Police officers and community members are coming together to raise money to add a furry member to the Williams law enforcement team.

Williams Police Department is in the process of seeking funding and support for a police K9 for the community.

Because of the difficulty in filling positions and retaining officers, Williams police hope that bringing a K9 to their law enforcement team will not only be an asset to the community, but a beneficial tool to the department.

WPD Lieutenant Darrell Hixon said another reason they are pursuing a police K9 is because of officer interest.

“Officer Forbes proposed it and has dreams to further his career as a K9 officer,” Hixon said. “He has been independently pursuing the program and applying for grant funding.”

Although the department is supportive of the program, the current budget does not cover the funding for the program.

Forbes estimates the K9 program would cost the department about $65,000, which includes the dog, a specially equipped vehicle, training, equipment and food.

Forbes initiated the effort to bring a K9 program to Williams after seeing the success other departments have had.

“They can help in several different ways,” Forbes said. “We’re looking at a multipurpose dog that can do drug detection, tracking and handler protection.

Many police departments successfully use trained dogs for tracking people in cases such as locating an elderly person with dementia, a missing child or catching criminals, according to Forbes.

In addition, dogs can search for objects and be sent in for a building search.

“If somebody breaks into a school or restaurant, you can use the dog on and off lead to find where that person is inside,” Forbes said. “It saves us from being ambushed when going around a corner.”

Forbes said he has had a special interest in becoming a K9 handler for the department for quite a while.

“I’m a big dog lover and I’ve always wanted to be a dog handler,” he said.

“You can bring dogs to the schools, kids love dogs,” he said.

The department sees several uses for a K9 officer in Williams. With the heavy drug-traffic on I-40, the dog could be used for drug detection on traffic stops and to search lockers at the schools.

There are several types of police dogs available for the department, but Forbes said they are interested in obtaining a Belgian Malinois as a K9 partner. The breed is known to be smart and good with the public.

The Belgian Malinois is a smaller, sleeker version of the German Shepherd.

Forbes said he is looking at a breeder in southern Arizona who trains the breed to detect drugs such as cocaine, heroin, methamphetamine and marijuana. The dog will also learn how to conduct area and building searches and patrol work.

The dog would be guaranteed to pass the National Narcotic Detector Dog Association and/or National Police Canine evaluation test.

Once the dog is obtained, Forbes would attend a four-week basic handler course with the dog and attend yearly training.

The cost to purchase the dog is approximately $15,000.

Williams Police Department is also looking to raise money for a vehicle outfitted to handle a police K9.

“We are looking at something like a Tahoe because there’s more room in them,” Forbes said. “It is difficult to put all of the equipment in a truck.”

Forbes estimates the cost of a vehicle at $30,000 or higher.

Grand Canyon Brewery has set up a Gofundme account for the program, and Williams Police Department is accepting donations at the police station.