Wildfire caused by drone stopped, Chapel of the Holy Dove made safe 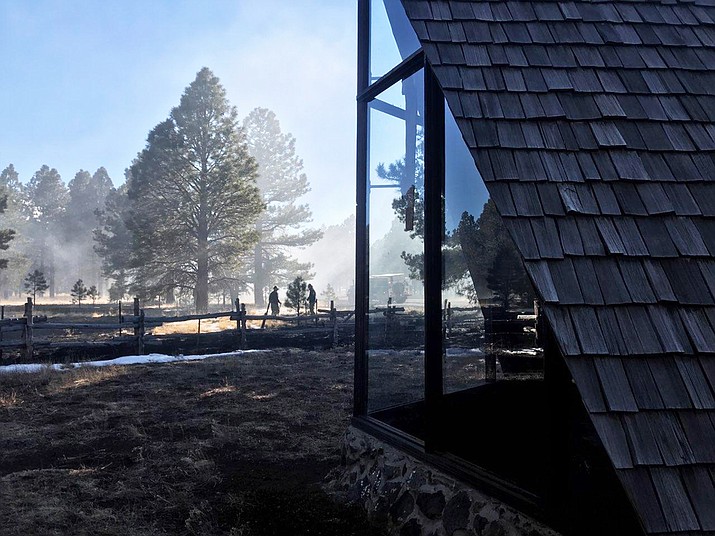 The Chapel of the Holy Dove is located in Kendrick Park southwest of Flagstaff. (Photo/Coconino National Forest)

FLAGSTAFF, Ariz. — A 335-acre wildfire burning near Kendrick Park has been stopped and the Chapel of the Holy Dove is safe from flames.

At approximately 12:35 p.m. today several Forest Service engines, patrols and a water tender truck from Summit Fire responded to a smoke report from a drone on fire north of Flagstaff. The fire began near the intersection of Forest Road 514 and Forest Road 524 by a drone which caught fire upon landing. The fire was reported as 50-acres in size upon the firefighter’s arrival.

Firefighting crews worked to ensure the safety of The Chapel of the Holy Dove, which was in the area of the wildfire, by using fire to burn the fuels between the spreading wildfire and the Chapel. The backburning successfully kept damaging heat and flames away from the Chapel.

Drivers in the area are asked to drive cautiously while near the area.

The fire is producing a smoke which may limit visibility in the area at times. Arizona Department of Transportation is operating a pilot vehicle to shuttle drivers through the area as needed.