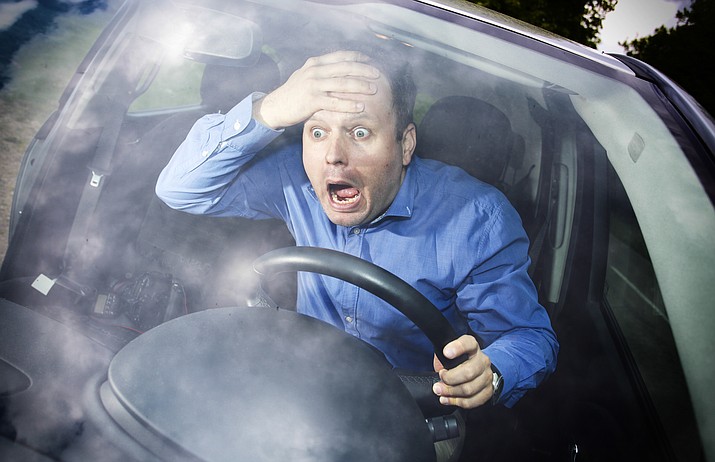 If convicted, wrong way, intoxicated drivers could face a Class 5 felony with up to 18 months in prison. (Stock photo)

A state Senate panel approved new laws designed to deal with wrong-way drivers with what its sponsor says is a combination of punishment and prevention.

HB 2243 addresses the former with new penalties for those who are stopped on freeways driving against traffic. That includes a $500 civil penalty plus mandatory attendance at traffic survival school.

Those who are legally intoxicated face a Class 5 felony, meaning up to 18 months in state prison.

Sen. Juan Mendez, D-Tempe, said that’s fine as far as punishment. But he questioned whether harsher penalties will actually reduce the number of motorists who get onto freeways via exit ramps and don’t seem to notice that everyone else is going in the other direction.

“I guess I’m just of a different philosophy that this is how we address behavior,’’ he said, saying the real problem here is alcoholism and drunk driving.

“It doesn’t seem to be working in the past,’’ Mendez said. “I don’t see any kind of evidence that this is how you address this kind of bad behavior going forward.’’

He was the only member of the Senate Committee on Transportation and Technology to vote against the measure.

But Rep. Eddie Farnsworth, R-Gilbert, said there is a form of prevention in his legislation: It will keep drunks off the road, at least for some period of time.

Aside from the Class 5 felony, Farnsworth said those who were legally drunk would also be guilty of an aggravated driving under the influence of alcohol. That requires the Department of Transportation to revoke a person’s driving privilege for at least a year from the date of conviction.

And even when the motorist gets a new license, he or she will have to install an ignition interlock for up to 24 months. That prevents a vehicle from starting unless a driver provides a “clean’’ breath sample; it also can be programmed for random tests while the vehicle is operating, a method of ensuring that the car was not started by someone else.

What all that means, Farnsworth said, is it will make recidivism more difficult. But he was unapologetic about the punishment the legislation would mete out.

“In my opinion, if you’re going to drink to the point where you’re going to enter a freeway going the wrong way with the potential of killing people ... then I think part of it is going to be justice,’’ he said.

Sen. Bob Worsley, R-Mesa, who chairs the committee, said some special penalty is appropriate. He said that one out of every four accidents involving wrong-way driving is a fatality.

“I don’t know any other act -- speeding, texting, distracted driving, whatever -- nothing is more deadly than drinking and driving on the wrong side of the freeway,’’ he said.

Courtney Coolidge, lobbyist for the state Department of Public Safety, told lawmakers that her agency’s experience is this isn’t about someone who’s just slightly buzzed. She said the average blood-alcohol content of someone stopped for wrong-way driving is 0.189, more than double the 0.08 level at which someone is presumed to be legally intoxicated.

The measure, which already has been approved by the House, now goes to the full Senate.