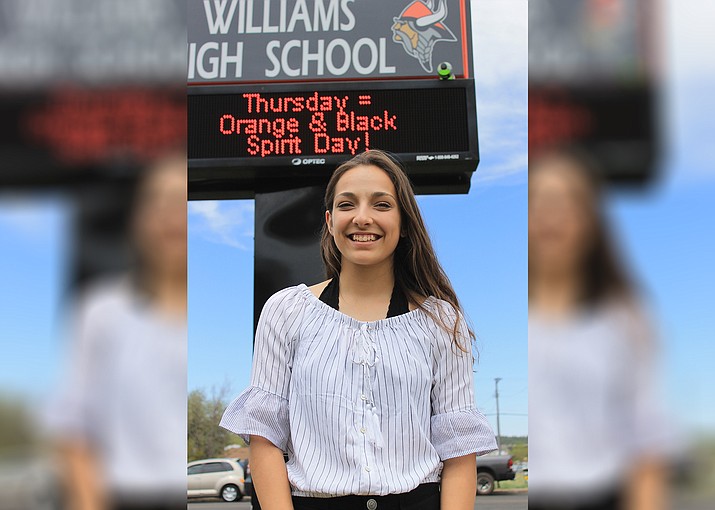 Paige Kmetz was selected as a finalist for an AIA scholar-athlete award.

The Arizona Interscholastic Association hosted its Champions Awards Luncheon May 21 at the University of Phoenix stadium.

Coy was a 1956 Flagstaff High graduate and a well-respected administrator during the 1970s and 80s with the Glendale Unified High School District.

Finalists from 1A to 3A schools had to carry at least a 3.75 GPA, participate at the varsity level for at least two years and demonstrate good community citizenship.

Other finalists for the award included Bethany Loveall of Bagdad High School and Marlee London from Blue Ridge High School.

Several other AIA awards were distributed at the event.