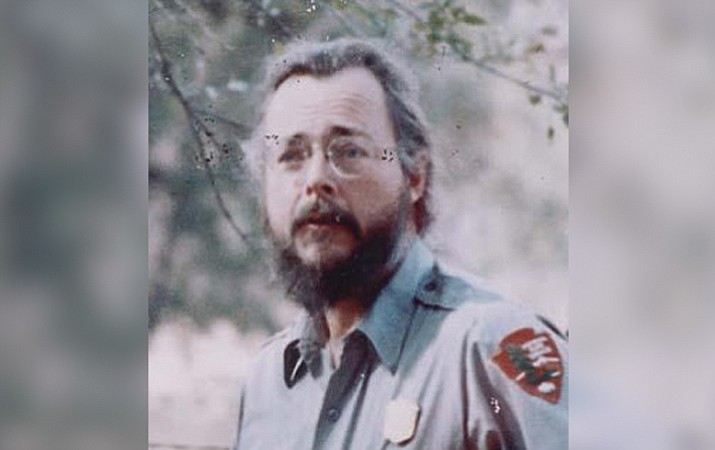 Paul Fugate went missing from Chiricahua National Monument in 1980. No traces of him have ever been found. (Photo/NPS)

WILLCOX, Ariz. — The National Park Service has raised its reward to $60,000 in the case of a Chiricahua National Monument ranger who went missing more than 38 years ago.

He left the building to hike a park trail and hasn’t been seen since.

Authorities say Fugate was wearing his Park Service uniform with a gold-colored ranger badge at the time of his disappearance.

NPS search and rescue teams combed the surrounding area extensively multiple times, but found no sign of Fugate. The case was then turned over to the Cochise County Sheriff’s Department.

A New York Times article, written more than a year after Fugate’s disappearance, the sole lead in the case was provided by an acquaintance of Fugate, who said he saw Fugate later that afternoon still wearing his uniform and slumped over between two men in a pickup truck. The man was able to describe both the men and the truck under hypnosis, according to the article; however, he later said he hadn’t been wearing his glasses at the time and may have been mistaken.

Fugate was declared missing by the NPS and a $10,000 reward, offered by both the NPS and Fugate’s family, was offered in return for information about the case. Fugate’s status became the subject of controversy when Howard Chapman, who was the director of NPS’ Western Region, declared Fugate was not missing, but rather had abandoned his position. Fugate had been dismissed by the agency once before for refusing to cut his long hair and shave his mustache. After a hearing, he was reinstated with back pay. Chapman dismissed Fugate in absentia and asked his wife to repay about $6,900 in survivor’s benefits paid to her by the agency. Because of this prior incident and the handling of his case, Fugate’s wife suggested in the 1981 article that she didn’t think “the federal government is concerned about what happened to him.”

According to the New York Times article, lawyers for Fugate’s wife argued the agency did not follow due process and denied his wife the opportunity to appeal his termination.

Fugate’s friends and family described him as “not the type to just not show up,” and questioned why no one looked for him outside the monument’s 17-square-mile boundaries. In the article, they also suggested the Federal Bureau of Investigation should have become involved after an investigator for the Cochise County Sheriff’s Department said he believed there was a “50 percent chance that a homicide occurred.”

Fugate’s wife, along with his friends, believe Fugate stumbled onto a drug deal during his patrol and, because he was wearing a uniform with a badge, the assailants abducted him.

Whether Fugate was abducted, left his post or simply succumbed to the elements in difficult terrain is still a subject of debate. What is clear, however, is that no trace of him has been found and no sightings or contact has been reported.

More than eight years after he disappeared, Fugate’s death was classified as a probable homicide by Cochise County, which allowed him to be reinstated and his wife to receive benefits.

The reward fund grew to $20,000 the first few years after his disappearance. NPS increased its reward June 19 to $60,000 for information leading to Fugate’s whereabouts or the arrest and conviction of whoever is responsible for his disappearance.

The Associated Press contributed to this report.