At the polls: Tusayan Home Rule option to be placed on August ballot 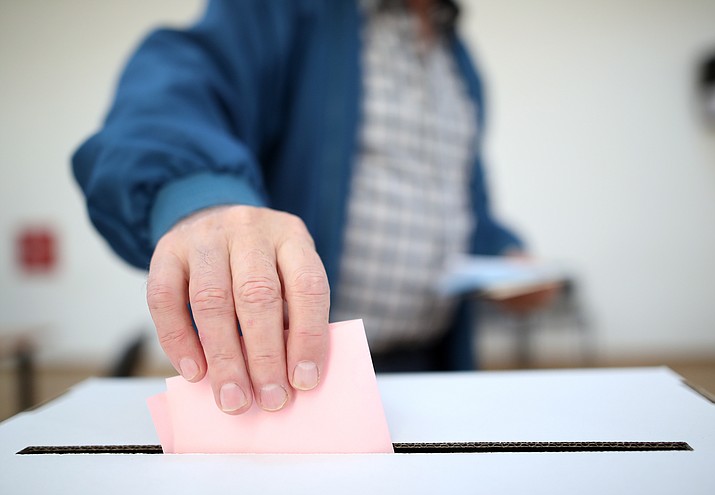 Tusayan's "home rule" funding option will be on the Aug. 23 ballot. (Stock photo)

TUSAYAN, Ariz. — On Nov. 6, Tusayan residents may see an unfamiliar issue on their ballots asking them to vote yes or no on Arizona’s alternative expenditure limitation, or “home rule.”

The state constitution requires each city and town in Arizona to vote on the home rule option every four years. If residents vote YES on the home rule option, the Tusayan Town Council will continue to set its own budget according to revenues received by the town and contribute to projects requiring town funds, such as public safety and capital improvements. The town council may set a budget according to its priorities, but which may not exceed the amount of funds in town accounts. For example, if the town has $10 million in the bank, the town council may budget and spend up to that amount.

If residents vote NO on the home rule option, the town council must cap its budget and spending at an amount set by the state of Arizona, which takes into account inflation and population growth since 1980. For Tusayan, that is about $1.3 million. Because the home rule option covers four years, no matter how much revenue the town takes in, spending would be capped at $1.3 million until 2022.

While that number may seem draconian by today’s standards, the constitutional amendment for home rule was developed in the 1978 as a way for citizens to curb a municipality’s spending if they felt town funds were being misspent. The budget formula, however, has not been updated in 38 years.

If the home rule option does not pass, council member Al Montoya said the effects on the town would be drastic and immediate.

“The town currently spends $300,000 on public safety alone, which would be nearly one third of the budget,” he said.

According to Mayor Craig Sanderson, the town uses funds for a number of community services and projects.

“We support scholarships for Kaibab Learning Center so that residents can afford childcare, we provide funding for more full-time staff at the Tusayan Fire Department and we’re going to be … breaking ground on housing,” he said.

If home rule fails to pass, Vice Mayor Becky Wirth said all of those things would stop immediately, leaving the prospect of a residential housing development on hold for four more years.

Since the rule went into effect in 1980, only one municipality has ever voted against home rule — the town of Florence in 2014. Since then, the town voted to reinstate it.

Sanderson emphasized that passing the home rule option does not give the town a free hand to spend as much money as it can on whatever it wants.

“When we outline our spending priorities and approve our budget, we’re held to that,” he said. “We can always spend less, but we can never spend more than what we’ve voted on an approved.”

The budget process is open to members of the public at regular town council meetings. Another public meeting will be held at Town Hall 5:30 p.m. June 27 for residents to learn about the home rule option.

Voters will also decide on the town’s mayor, as well as two open council seats in August. Craig Sanderson and John Schoppmann are running for mayor. Incumbent David Chavez will run to maintain his council seat, and local contractor Robb Baldosky and resident Brady Harris will vie for the seat vacated by John Schoppmann.