Human skull in Verde River believed to be historical remains 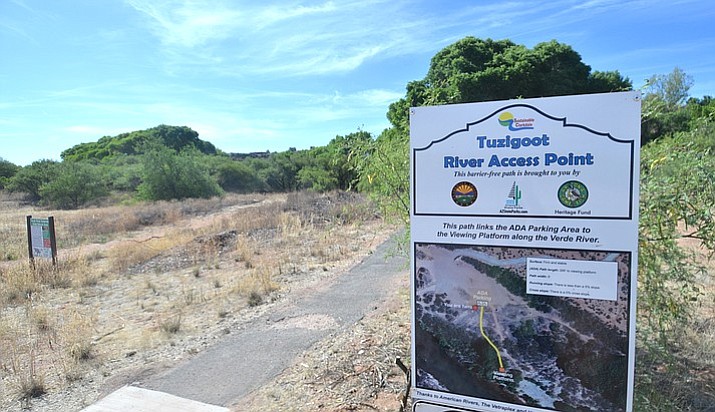 On June 4, 2018, a swimmer at the Tuzigoot River Access Point found a human skull in the Verde River. (Vyto Starinskas/Verde Independent)

The Yavapai County Medical Examiner has determined the skull found in the Verde River at the Tuzigoot River Access Point June 4 to be historical remains.

“The skull was taken to the Yavapai County Medical Examiner’s Office,” Florisi said. “The department received information on June 7 that the examiner determined the skull to be historical remains and had no reason to believe it is evidence of a crime. The Medical Examiner’s Office will coordinate additional examination by an anthropologist and possibly an odontologist to obtain more information.”

The Clarkdale Police Department is coordinating with other local jurisdictions. The remains will be released to the proper agency once the Medical Examiner’s investigation is complete.

At about 5:35 p.m. June 4, Clarkdale Police Department responded to a report that a swimmer located a human skull in the Verde River at the Tuzigoot River Access Point.

The swimmer said he thought he stepped on a smooth rock and retrieved it from the water.

To his surprise, he found a skull instead and subsequently called the police.

The swimmer who found the skull returned to the same area along the river June 10 and found a lower human jawbone.

Clarkdale Police Chief Randy Taylor, said the skull appeared to have been in the water for a while, but was quite intact.