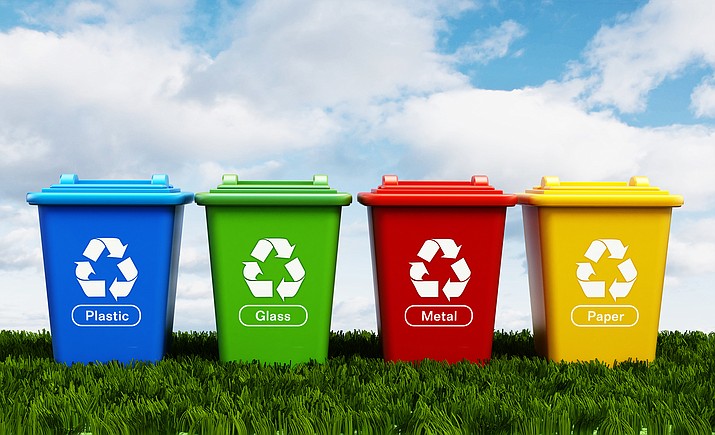 Until now, Flagstaff residents have been able to recycle any type of rigid plastic with recycling-symbol numbers 1 through 7. Now the city is only accepting numbers 1 and 2 in curbside bins, according to a recent report by Cronkite News. The ban on these plastics has been credited to China’s recent ban on the importation of several kinds of plastic; China has stopped importation of two-dozen types of plastic scraps, citing the need to reduce environmental pollution. Before the ban, China purchased roughly half the world’s plastic and paper recyclables, according to Cronkite News, however, the international recycling market is in a tailspin seeking alternatives to filling landfills with plastic.

Jeff Pettit, foreman for the Sanitation Department at the city of Williams, said changes are expected in the future for plastic recycling in Williams, however, he said any changes that do occur will be several months out.

“Eventually it will change here, but as of right now it’s not affecting us,” Pettit said. “It’s not going to happen overnight, it’s going to take a while.”

Most of the changes that will take place will primarily affect the kind of plastics that are recycled and where the Transfer Station delivers them.

“It’s not a bad change,” Pettit said. “It just kind of depends on who we haul our recycle to. If we did change and go a different place it would (most likely) go to The Murph, is what it’s called — across the street from Sam’s Club.

Norton Environmental or 'The Murph' as it is sometimes referred to, is located in Flagstaff. Until changes are made, Pettit said the best thing for people to do is to continue to recycle as they normally would.

“Right now we are still taking plastics 1-7, newspapers, cardboard, tin cans and glass that can’t go in your bins,” he said. “People just need to keep doing that same process … there is a possibility of change coming but it’s going to be months down the line and that’s just for the process.”

Williams Transfer Station will be closed July 4. All commercial waste will be picked up that day.