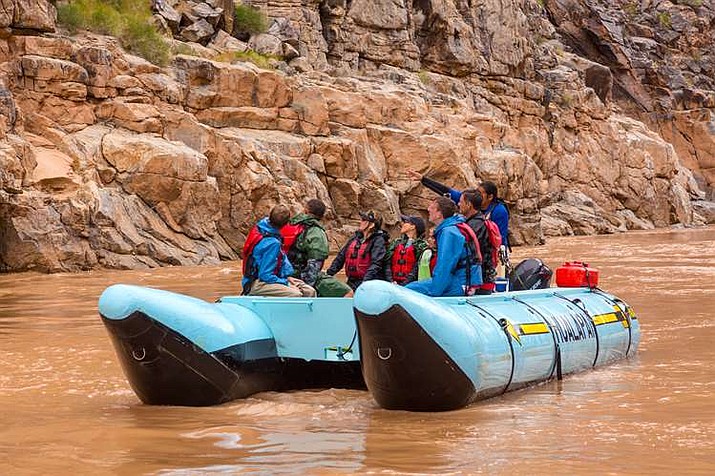 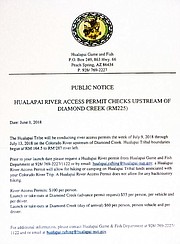 GRAND CANYON, Ariz. — On June 1, the Hualapai Nation Game and Fish Department issued a public notice about camping on Hualapai land along the Colorado River in Grand Canyon.

The notice stated that river runners who pay a $100 per person fee are allowed to camp and stop for lunch anywhere along the Colorado River that abuts Hualapai Nation land. The Hualapai Nation touches the edge of the Colorado River from River Mile 164.5 to River Mile 273.9 on the east side of the river, known as river left when looking downstream.

The Public Notice stated the Hualapai Nation extends to river mile 287. River Runners are reminded that the boundary does not extend past 273.9 and any camps on river left below this point are either in Grand Canyon National Park or Lake Mead National Recreation Area.

The Hualapai Nation also alerted river runners that the Nation will be checking river runners found camped on Tribal land for the appropriate permits the week of July 9, through July 13, 2018.

The Hualapai Nation public notice stated clearly that the “River Access Permit does not allow for any backcountry hiking.

In July 2017, Tribal Chairman Damon Clark announced the Nation would be offering camping permits for river runners. He also stated river runners who are scouting rapids may continue to do so without any sort of permit.

More information or to see a copy of the Hualapai Nation Public Notice can be found at https://rrfw.org/sites/default/files/documents/Hualapai_Public_Notice_June_1_2018.pdf.

River runners who chose not to camp or stop for lunch on river left between River Mile 164.5 and River Mile 273.9 and who do not use the Diamond Creek take-out are not required to pay the above fees.

RIVERWIRE is a free service to the community of river lovers from the non-profit River Runners for Wilderness, a project of Living Rivers. To donate to our work, see https://rrfw.org/product/donations