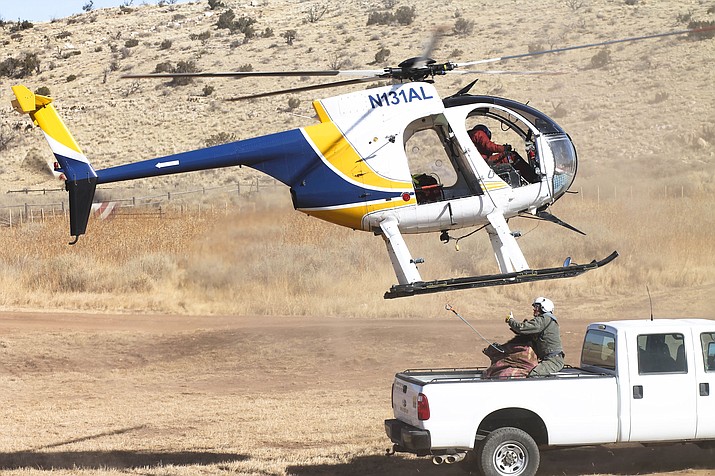 Arizona Game and Fish partnered with West Virgina Division of Natural Resources to re-locate and establish an elk population in West Virginia. Sixty elk were captured by helicopter Jan. 23 and 24 at Raymond Wildlife Area, east of Flagstaff.

A release from the governor says three elk died of stress from summer heat, prolonged confinement and the testing procedure. Two of the three were pregnant. Three other recently born calves also died while awaiting release.

Justice’s office said he has contacted the White House and representatives of the Agriculture Department to ask for help in protecting the elk, which are being held in a 5-acre holding pen in Logan County.

Justice said wild elk like the ones caught in Arizona are more susceptible to stress.