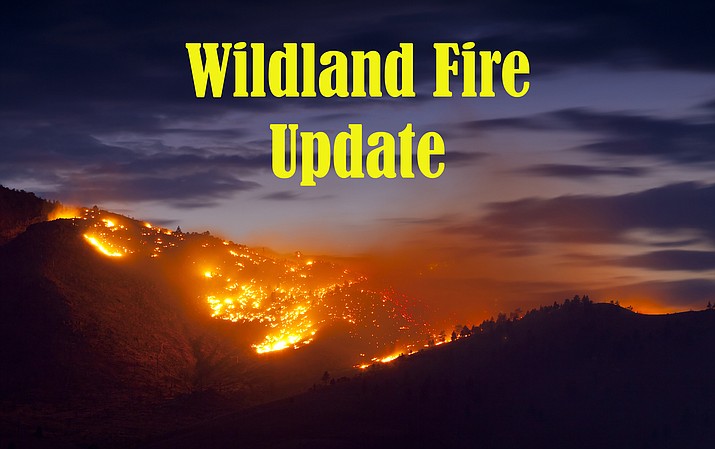 Grand Canyon, AZ - The Obi Fire, which started on July 21st, is approximately 435 acres. Overnight the fire grew significantly from approximately 90 acres to 250 acres; daytime growth was slower despite active surface fire in downed logs and needle cast and a few instances of single and small group tree torching.

Located in the far southwest corner of the Wahalla Plateau above Obi Point, the Obi Fire is burning in ponderosa pine and brush. Fire managers plan to continue the strategy of confinement and containment in the planning area while providing for point protection of identified sensitive natural and cultural resources.

Fire crews continue work to directly suppress the 17 acre Atoko Fire, detected on July 22nd, on the east side of Cape Royal Road, near Atoko Point. Today, crews worked on securing the perimeter and used aviation assets to support suppression efforts with bucket work. This afternoon the area received light precipitation which aided in the mop-up.

The Saffron Fire, located between Fire Point and Swamp Point is being directly suppressed. Fire crews are working to contain the fire at the smallest possible size by digging handline around the fire's perimeter. This fire started in the southwest corner of the North Kaibab Ranger District late last week and is now burning within Grand Canyon National Park. It is currently estimated to be 32.5 acres and backing and flanking in ponderosa pine forest..

Smoke is visible from both the North and South Rims of the park. At this time there are no road closures, individuals driving along Cape Royal Road should be aware of fire crews working in the vicinity. Motorist should turn on their headlights and slow down for emergency response vehicles.

Grand Canyon National Park is receiving interagency support with one Type 2IA handcrew, local resources from the North Zone Interagency Fire Management Organization, and from the South Rim of the park. Resources assigned to the fire are five engines, one helicopter, helitack, resource advisors, and a fire ecologist.

Each fire start is evaluated by fire management officials for the most appropriate management strategy. Firefighter safety, resources at risk, location of the fire, available resources, regional and national preparedness levels, and weather forecast are taken into consideration when responding to a wildfire ignition.