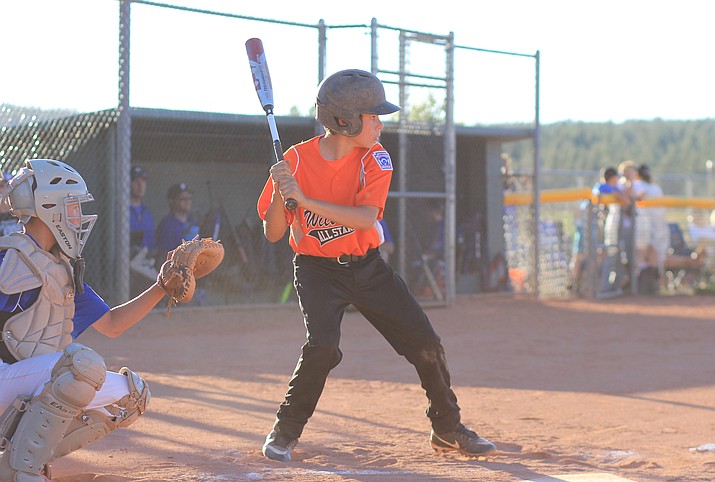 Raymond Gonzalez waits for the pitch.

Williams finished its Little League season following an 8-0 loss to Prescott June 27 at the District 10 All-star tournament at Cureton Park. The Williams

Jaren Hollis pitches during the game with Prescott.

11-12 All-star team initially faced Chino Valley June 26 where they lost 10-8, forcing them to face Prescott in the loser’s bracket. 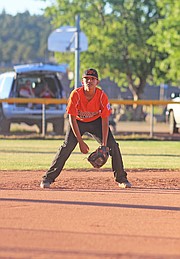 Jose Martinez waits for a hit at third base.