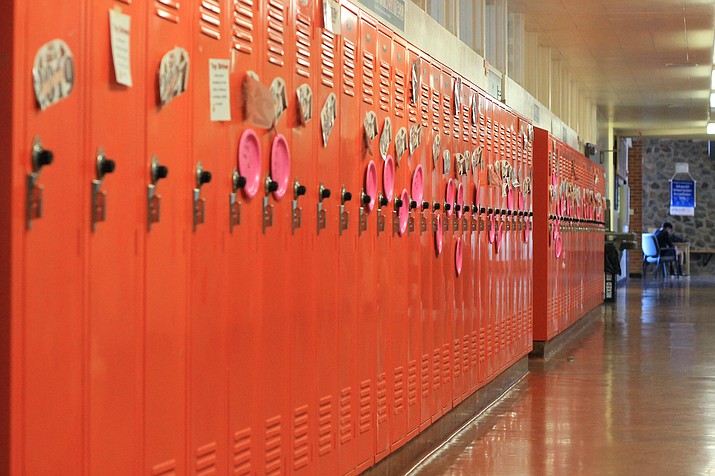 The #RedForEd movement is behind the raise, with Gov. Doug Ducey and state lawmakers making it possible for Williams schools to receive an additional $132,615 that will be used toward raises.

The teacher-led Arizona Educators United coordinated the statewide, six-day #RedForEd teacher walkout that ended May 4, and are credited with making the pay hikes happen.

Under pressure, Ducey and state lawmakers yielded and proposed a 20 percent pay hike to be spread over the next three years, with 9 percent the first year and 5 percent in each of the next two years.

With the increase, the WUSD board already promised, WUSD teachers will actually get more than the governor promised.

This amount does not include additional Proposition 301 dollars teachers are eligible for.

At WUSD, teachers receive a base pay amount from Prop 301 dollars and, depending on performance measures, could earn an additional $6,200, according to McNelly.

In 2000, Arizona voters passed Proposition 301, which increased the state sales tax from 5 to 5.6 percent, with the additional money from the increase going to support public education.

"I feel great about the pay raises," said WUSD Superintendent Rick Honsinger. "As an educator who has worked in Arizona for 30 years, I feel that we have had low pay and low moral for the teaching profession for a long time. This will not only help the people who are in education, but should help recruit our young talent to go into the educational field as well."

A March 2018 Arizona Auditor General report revealed the statewide average district teacher salary was $48,372 in 2017. This does not include the 10 percent pay hike for teachers for the 2018/2019 school year.

In addition to teachers, classified personnel or support staff could also see increases. The minimum wage law has already moved the base $10.50 per hour up to $11 on January 1, which affects some of the positions.

The governing board is considering a raise for classified positions too, McNelly said.

“This would come from our M&O budget, if the board approves it,” she said.

School administrators will also see a pay raise, one that will also include a raise for Superintendent/Principal Rick Honsinger who, with the increase, will earn a salary of $117,127. Williams Elementary-Middle School Principal Carissa Morrison earns $75,000.

Prior to the 10 percent proposed by Ducey and state lawmakers, WUSD governing board authorized a 3 percent wage increase for certified staff, a two-step increase for classified staff and $1,000 for administrators.

With the new proposal, administrators may see a $1,500 pay increase.

McNelly said the amount of money coming from the state is dependent on student enrollment. The district graduated 65 students in 2018, which was almost 20 students more than the average.

“The budget was built a little lower than last year because we have a lower student count,” McNelly said.

The teacher-student ratio is 1:16.

Other pots of money

State lawmakers also included almost $95 million in capital funding, known as District Additional Assistance, to be distributed to schools. This type of school funding received the steepest cuts after the recession.

Schools can spend the capital funding as they wish, although it is intended to pay for textbooks, technology, school buses and maintenance repairs.

At WUSD, McNelly said the $125,000 allocated to the district will most likely go toward projects such as parking lot reconstruction, and infrastructure projects such as air conditioning and new windows at Williams High School.