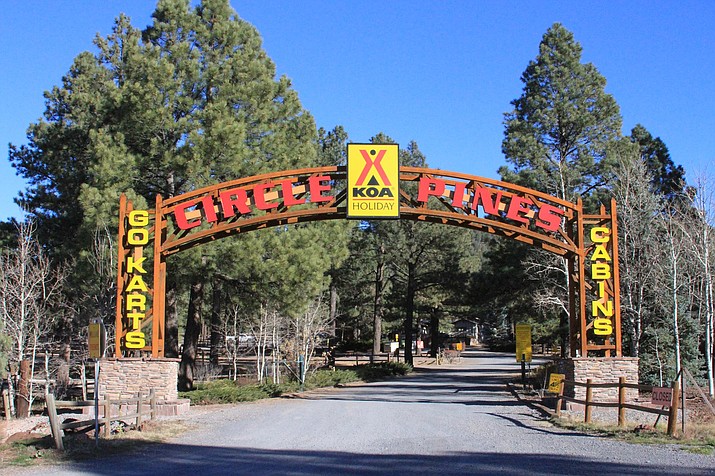 Circle Pines KOA received the 2018 KOA President's Award for 2017. The KOA is one of two in the Williams area.

The Williams Circle Pines KOA has earned the prestigious 2018 KOA President's Award from Kampgrounds of America, the world's largest system of family-friendly, open-to-the-public campgrounds. The award was presented Nov. 17 at KOA's Annual International Convention in Phoenix, Arizona. KOA is celebrating its 55th anniversary in 2017.

The KOA President's Award is presented annually to campgrounds that receive high scores in customer service from their campers, and also receive top scores in KOA's annual Quality Review.

KOA surveys hundreds of thousands of campers each year regarding their KOA camping experience.

"We know that the phenomenal success we've had at KOA for the past 55 years is all due to the wonderful camping experiences our campground owners provide to our guests," said KOA President and CEO Pat Hittmeier. "Thanks to the investments made by our KOA owners, our campgrounds have never been in better shape. Our owners are always looking for ways to improve, and that's reflected in the feedback we get from our campers."

"It's an honor to recognize these great KOA owners for their efforts," Hittmeier said. "The KOA President's Award is well deserved."

To find out more about this KOA, any of the other 500 KOAs in the U.S. or Canada, go to www.KOA.com.