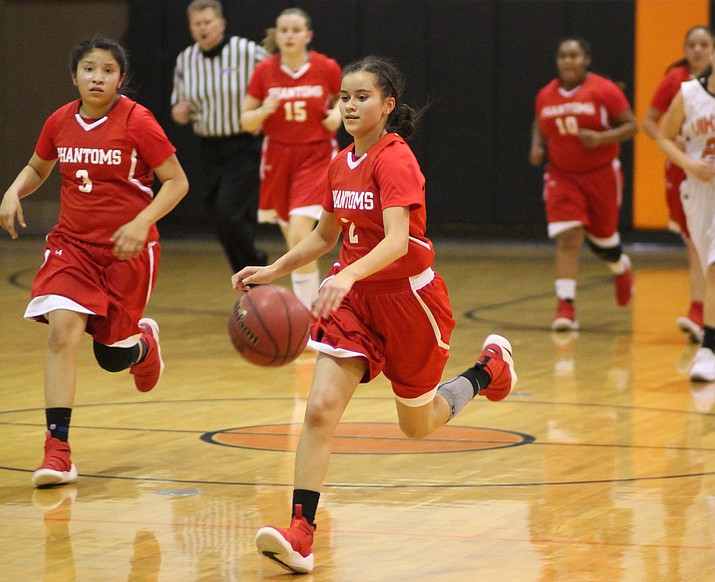 Cayli Miles sprints down court on a breakaway. 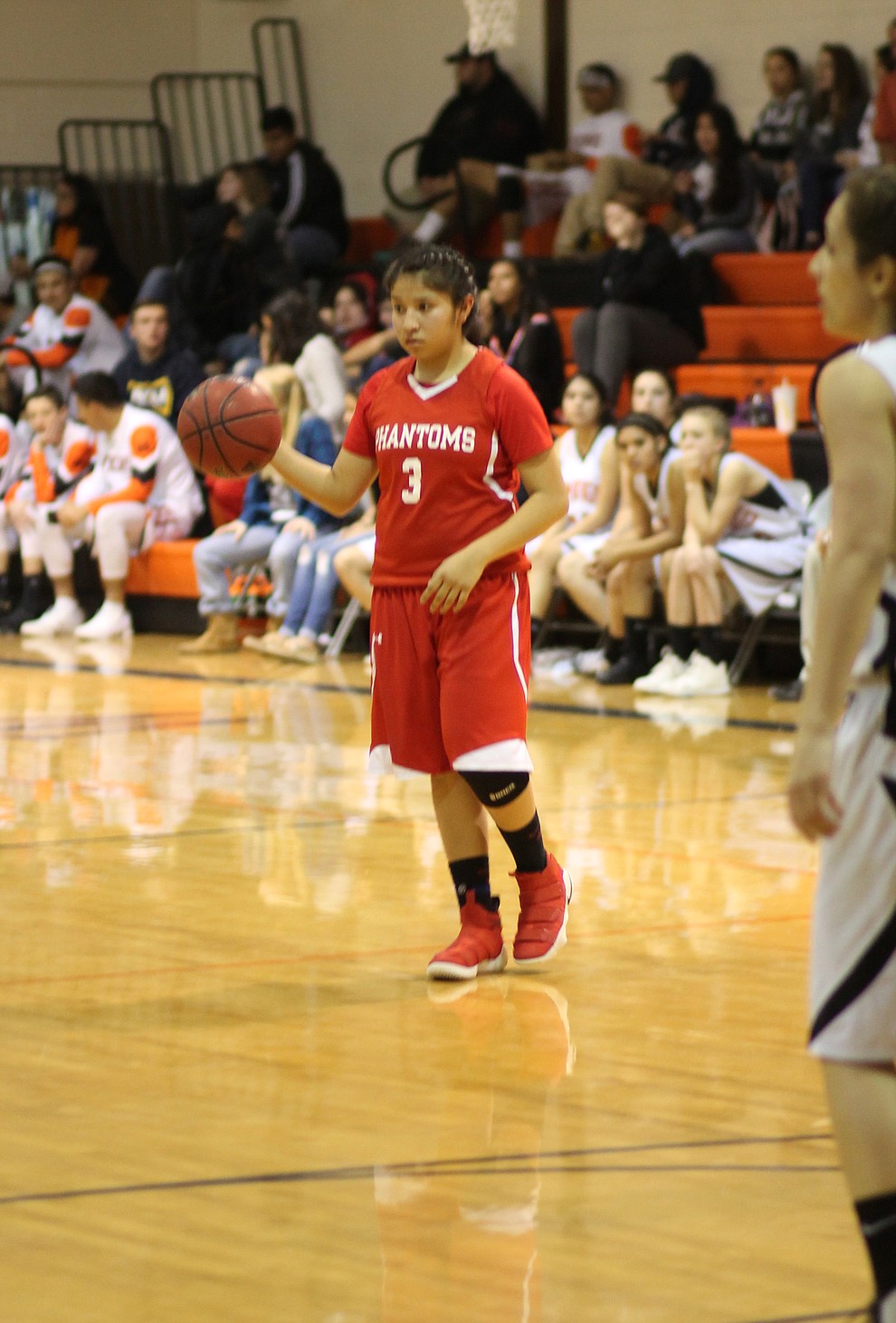 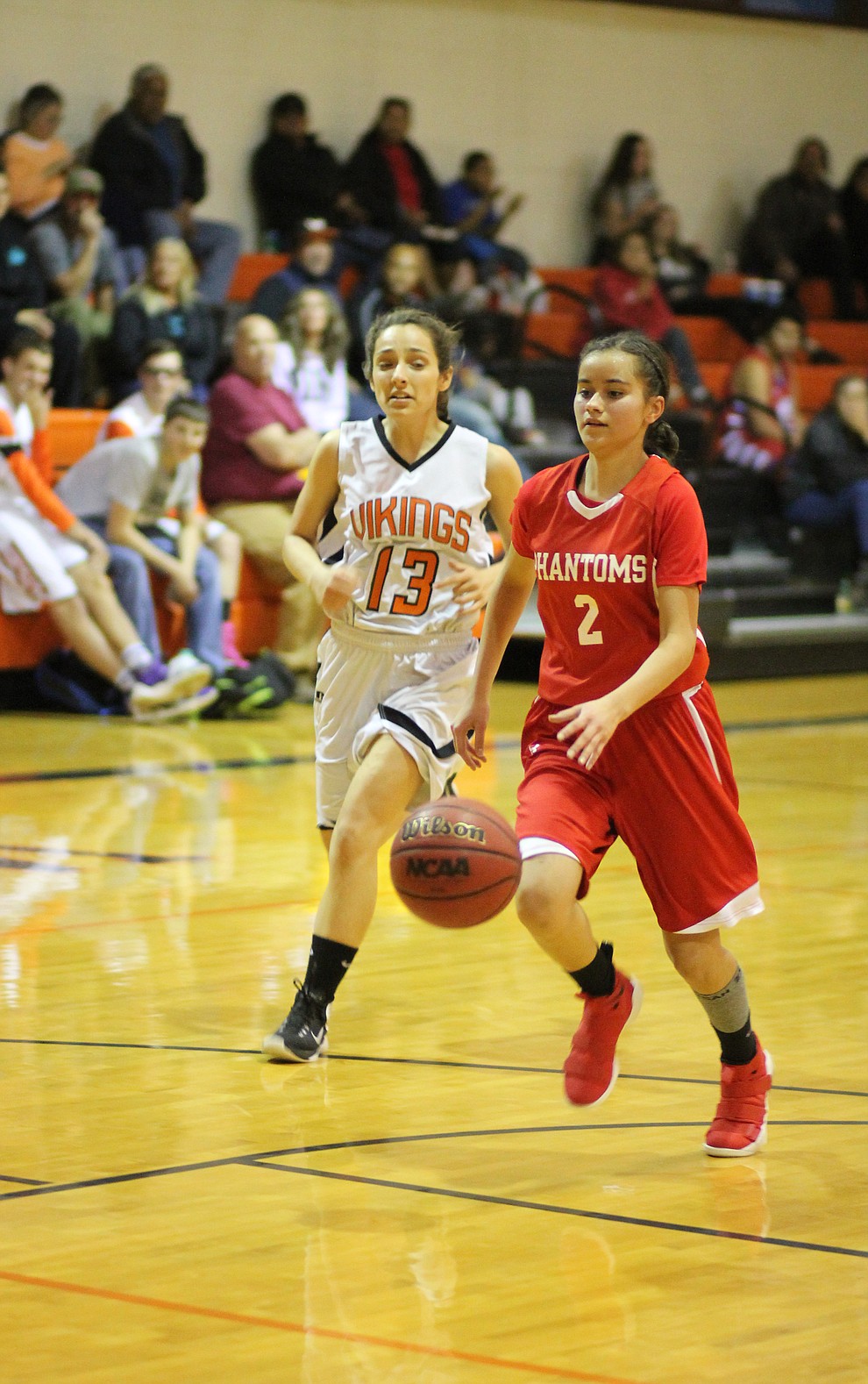 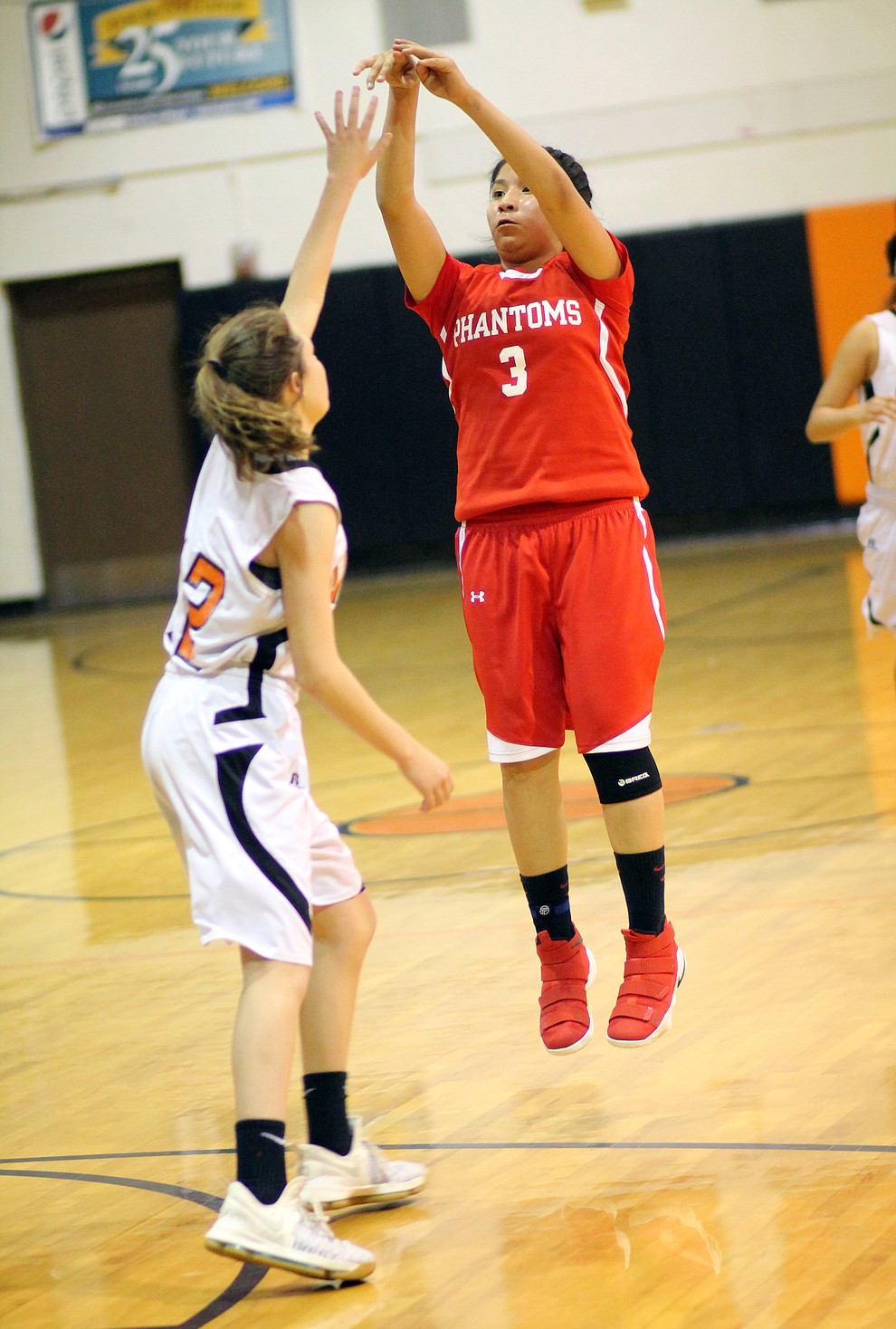 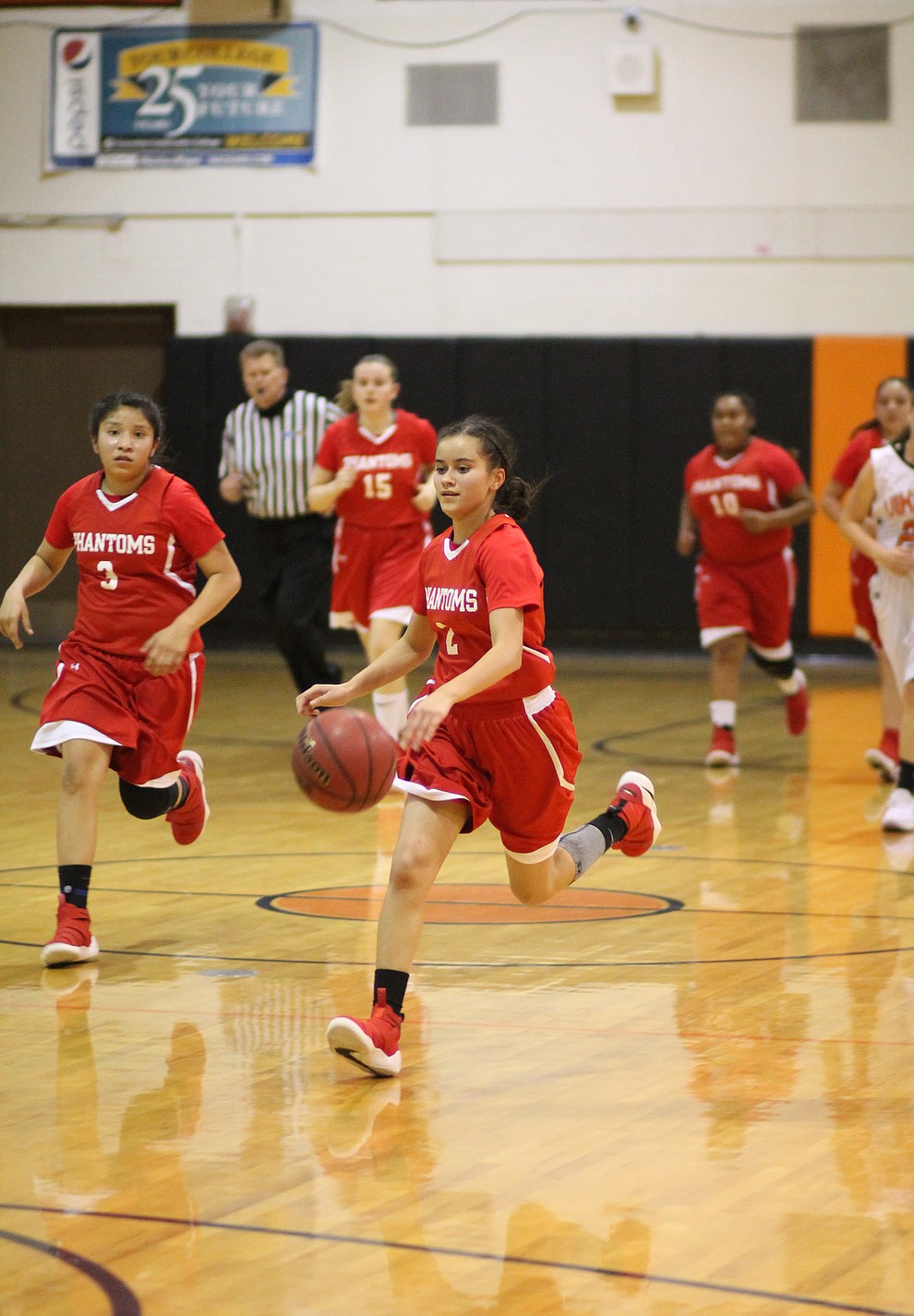 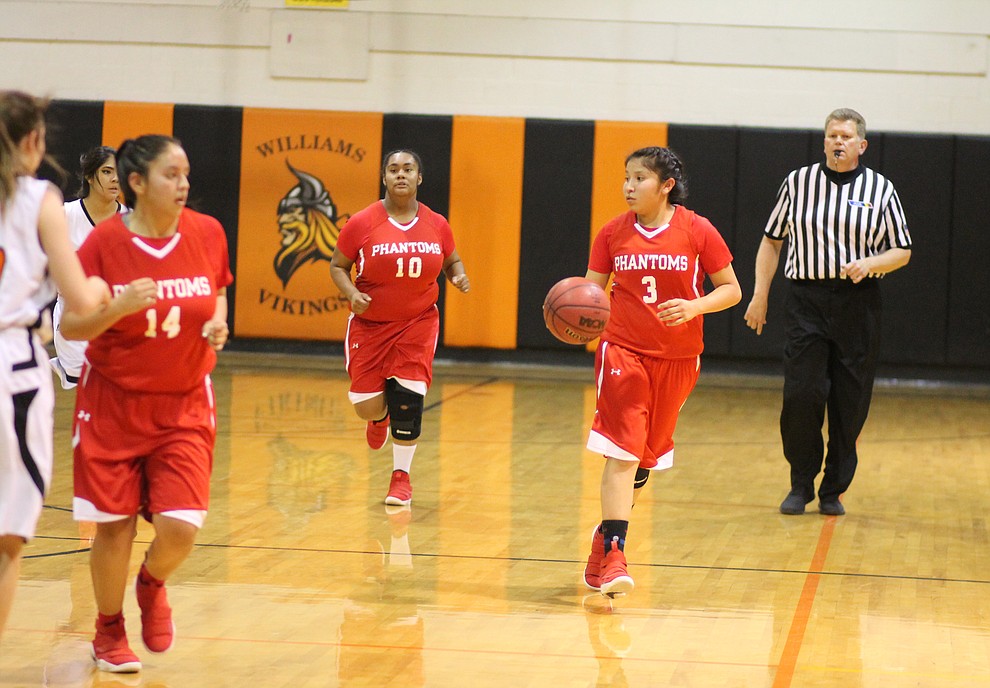 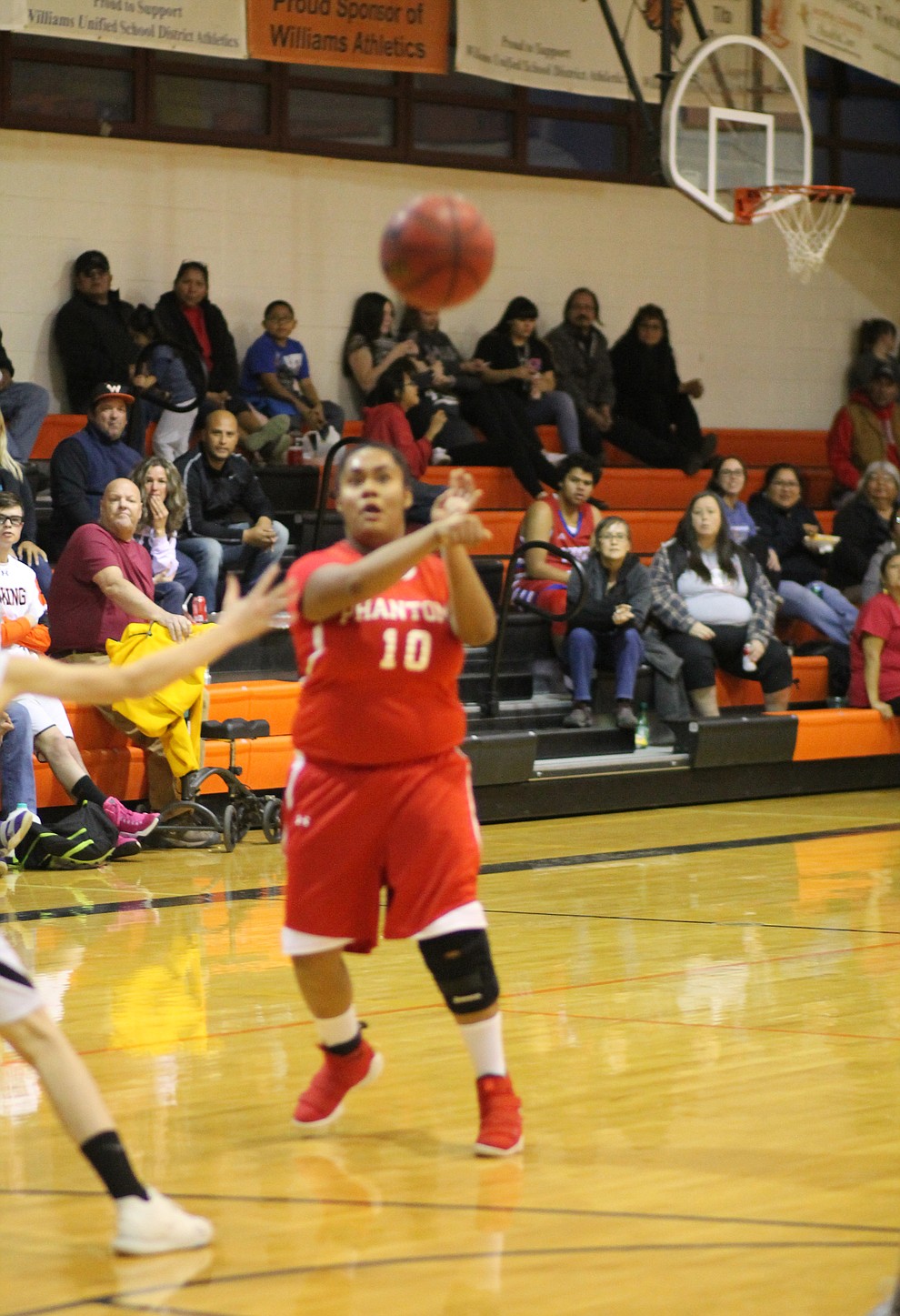 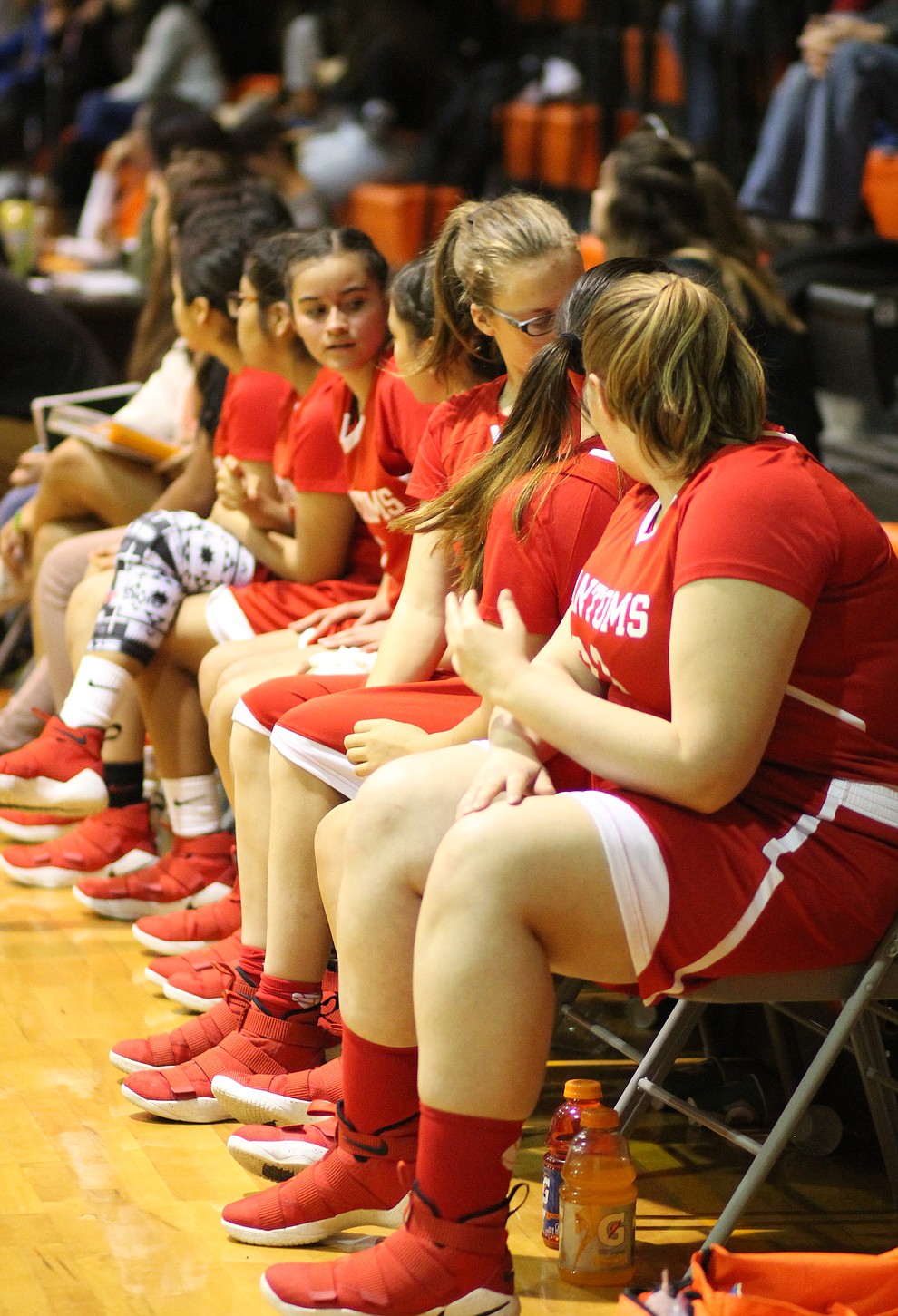 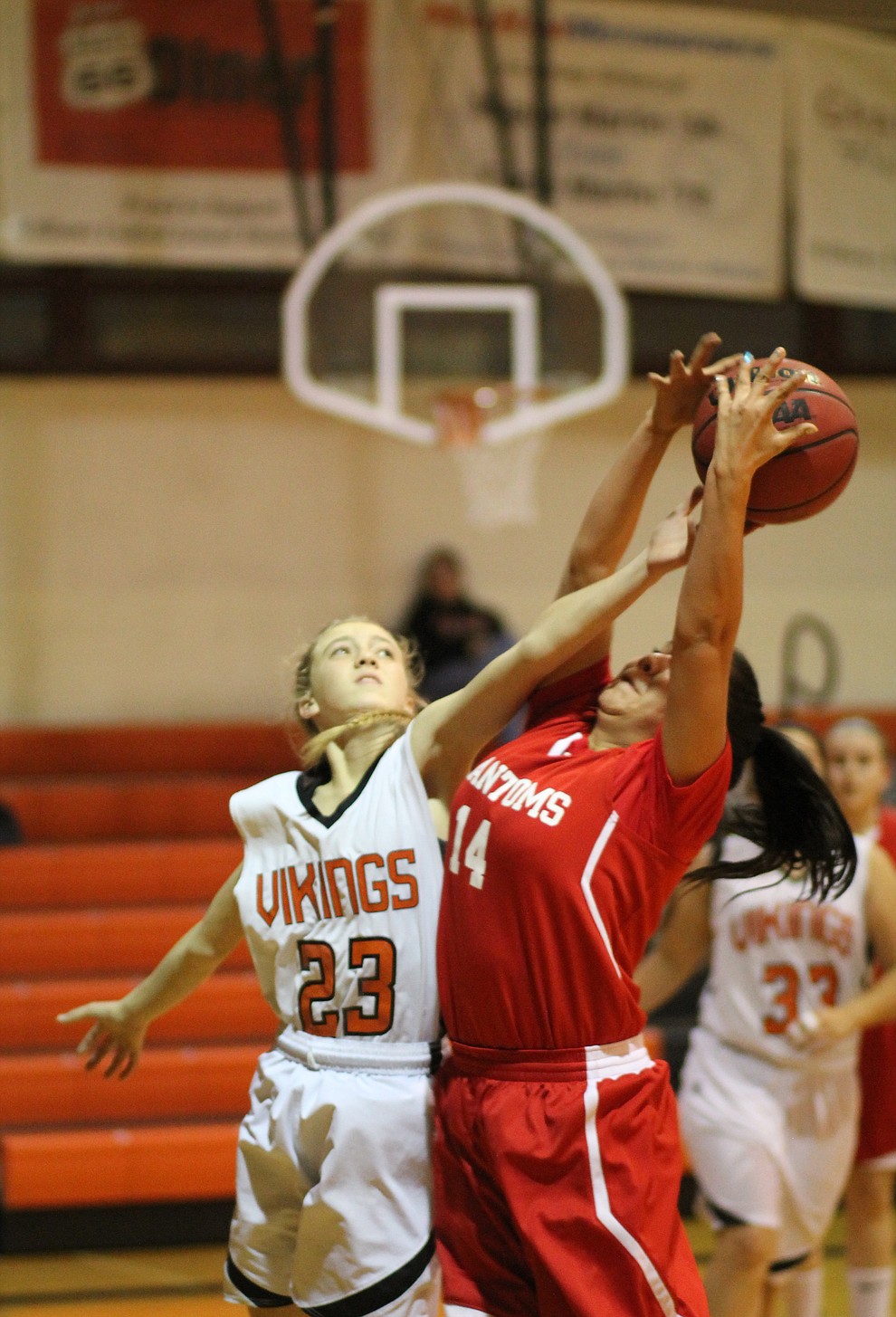 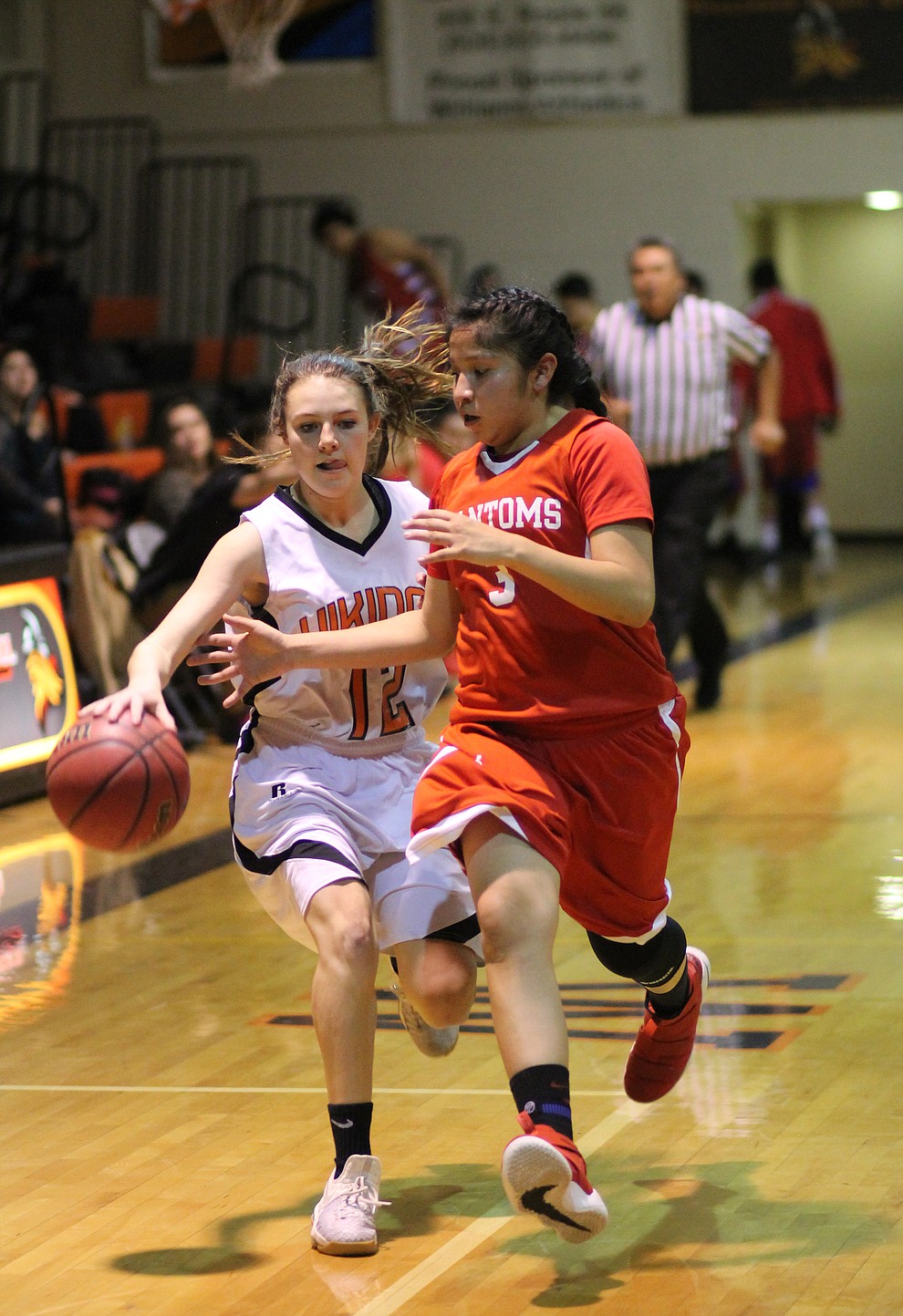 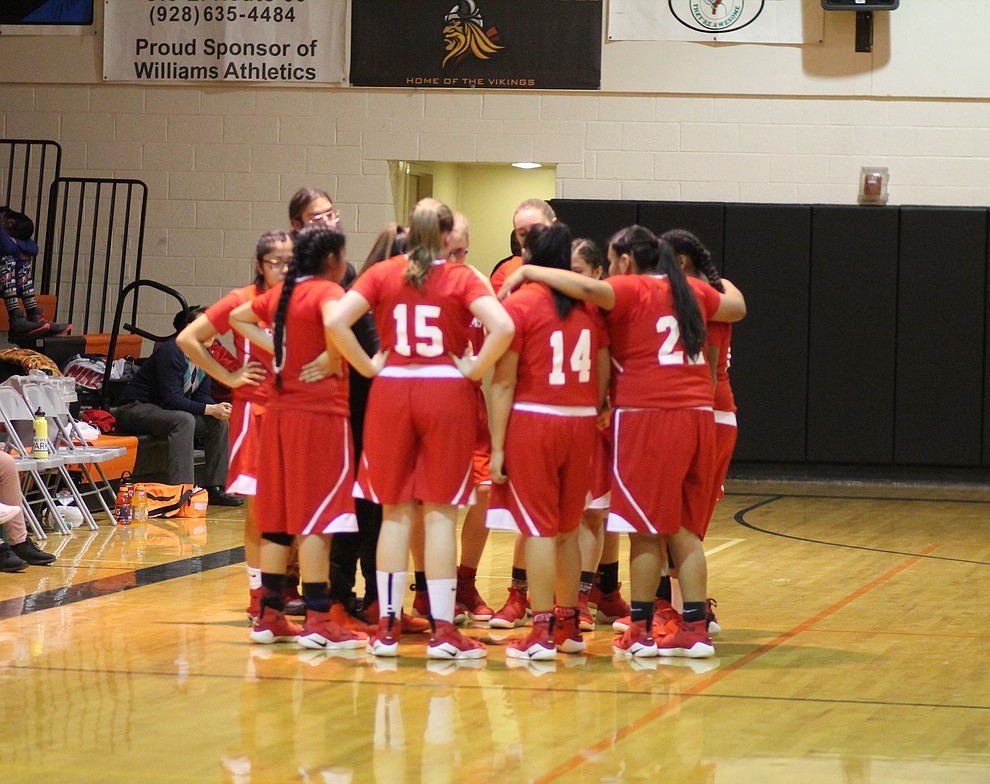 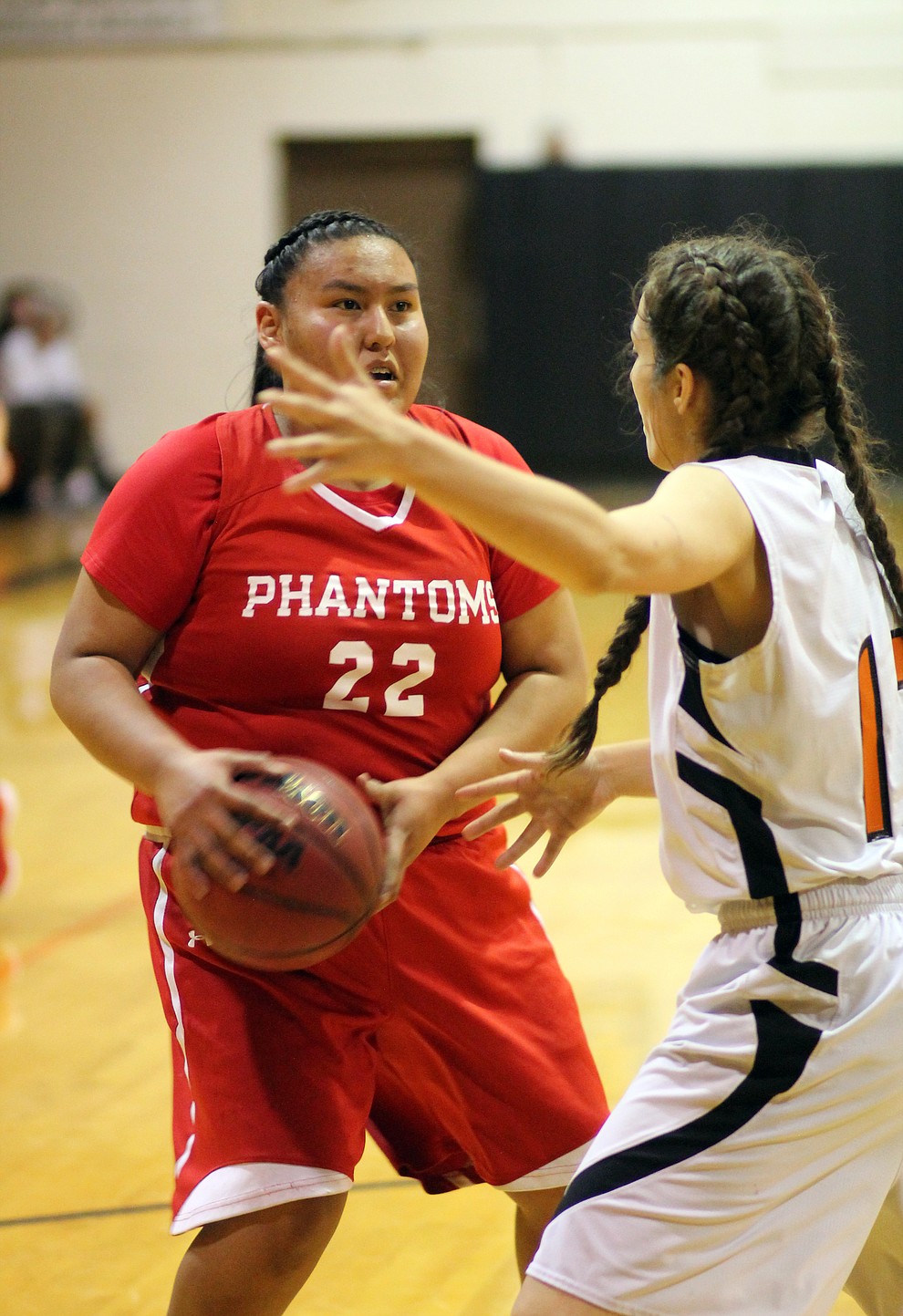 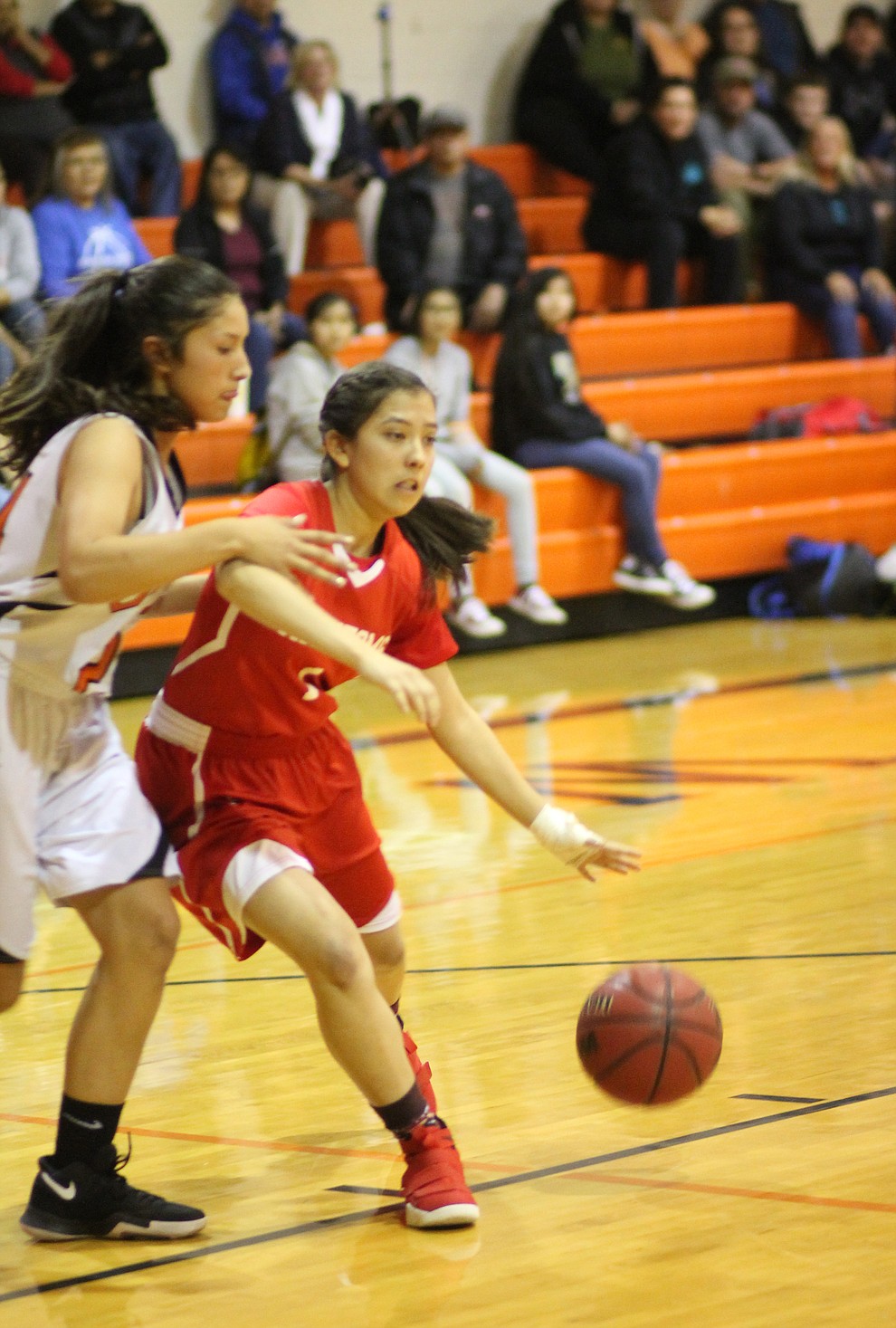 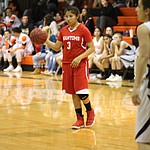 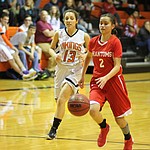 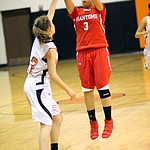 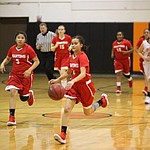 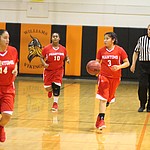 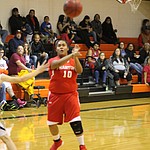 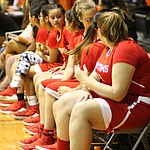 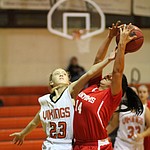 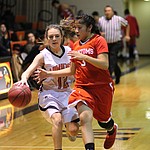 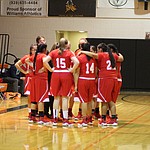 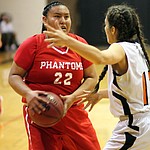 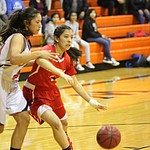 GRAND CANYON, Ariz. — As the season winds down, the Lady Phantoms are ramping up for another post-season run, going 5-1 over their last six games.

The Lady Phantoms ran away with an easy win over the Ash Fork Spartans Jan. 11, defeating their conference rivals 61-21 at home.

Freshman Savannah Longhoma led all scorers with 23 points. She also contributed 7 assists and 7 steals in the win. Sophomore Cayli Miles finished with 20 points, 11 steals and 8 assists, followed by senior Meme Jeter-Nanacasia with 13 points and 4 assists.

The next day, the Lady Phantoms took their first of two games from Cibecue, defeating the Wildcats 64-54 on the road.

The Lady Phantoms chalked up another win over another group of Wildcats Jan. 13, this time defeating Joseph City 66-25 on the road.

The road trip hit a hitch, however, Jan. 16 against the Williams Lady Vikings. Despite a hard-fought game that saw the Lady Phantoms in the lead for much of the time, final result was a 54-52 loss in overtime.

Miles led all scorers with 28 points and contributed 5 rebounds, 5 assists and 5 steals. Longhoma had 16 points and 8 rebounds, and freshman Maria Dugi scored 7 points.

The Lady Phantoms notched another win over conference rival Cibecue Jan. 20, defeating the wildcats at home 58-52.

The two wins over Cibecue place the Lady Phantoms securely in second place in the 1A Central section, one game behind the Mogollon Mustangs, whom they will face at their homecoming game Jan. 26. The team is ranked 10th overall in the conference.