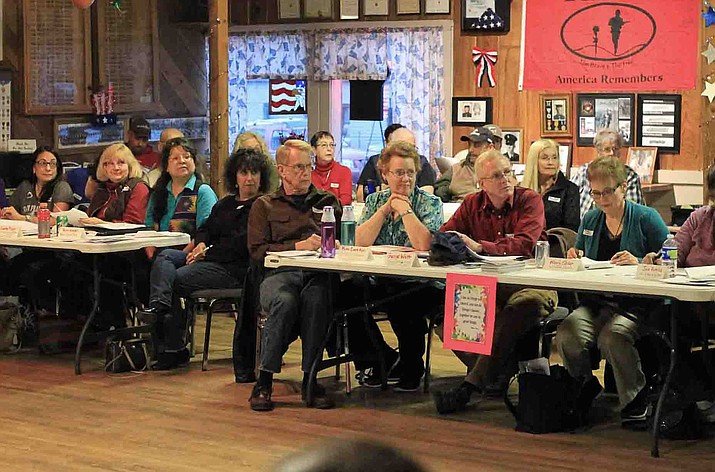 Participants listen to speakers at the 2017 Event Huddle.

The third annual Event Huddle is coming to Williams Jan. 22 at 5:30 p.m. at the Williams Recreation Center.

Last year’s Event Huddle drew about 70 people from various organizations who came to discuss how they could work together to coordinate events and help each other.

Participants from nonprofit groups such as Williams Alliance for the Arts, Big Brothers Big Sisters, the Vikings Booster Club and the Camp Civitan Foundation joined with businesses and churches such as Old Trails True Value and St. John’s Episcopal-Lutheran Church to discuss their missions and plans for the new year.

Organizer Kerry Lynn Moede said the Event Huddle is not sponsored by any organization and is for groups to brainstorm and discuss their plans and needs for the coming year.

Moede came up with the idea for the Event Huddle after hearing people talk about events that others did not know about or that other people might be able to help with.

The Event Huddle is structured where groups are invited to present their plans to the crowd, but each group is limited to three minutes. Anyone interested in attending needs to RSVP with Moede by email at jdmoede@aol.com. or call her at (602) 818-6559.