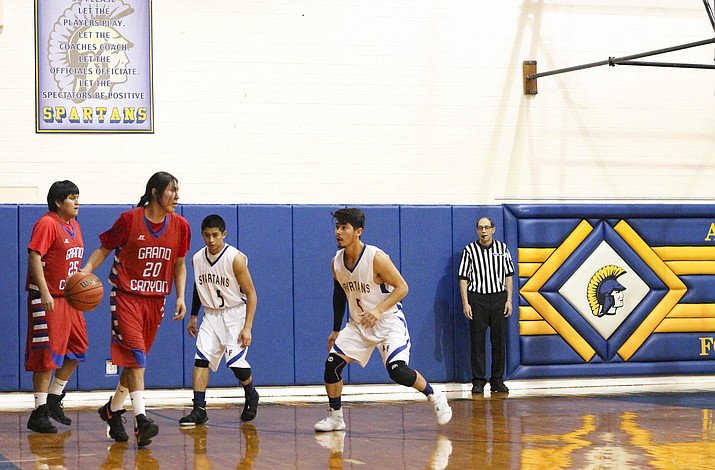 The Grand Canyon Phantoms are currently ranked sixth in the 1A Central region.

The team plays next against the Mayer Wildcats Jan. 6 at Grand Canyon.

Despite staying within striking distance through the game, head coach David Perkins said the team was ultimately undone by turnovers and poor shot selection.

Junior Aleryn Reid stepped up for the Phantoms, scoring 12 points and was 80 percent from the free throw line. Mason Tacey had nine points, while Rufus Keebahe contributed four points and seven steals. Melakai Longhoma and Neegoh Kaska led the defensive effort for the Phantoms, hauling in 17 rebounds between the two of them.

“If we can be a little more patient on offense, make the right pass and select the best shot, I think we will continue to improve,” Perkins said.

Against the Joseph City Wildcats Dec. 16, Perkins said the Phantoms played tough and had a chance to take the game until key players Tacey and Kaska went down with injuries. Without Tacey on the court, the Phantoms’ shooting went cold in the fourth quarter and the Wildcats’ offense took over, leading to a lopsided defeat, 54-37.

Reid contributed 10 points, followed by Keebahe with eight. Longhoma was once again a defensive power, pulling down 11 rebounds. Tacey had nine and Kaska eight as the Phantoms outrebounded the Wildcats 37-26.

The loss also marks another set of unfortunate injuries to the team – senior and team leader Travis Moreno went down with injuries in the season-opening tournament in Williams Dec. 1. Tacey and Kaska suffered potentially serious injuries as well. Perkins said the team hopes all three players can make a complete recovery before the end of the season.

The Phantoms are currently ranked sixth in the 1A Central region.

The team plays next against the Mayer Wildcats Jan. 6 at Grand Canyon.