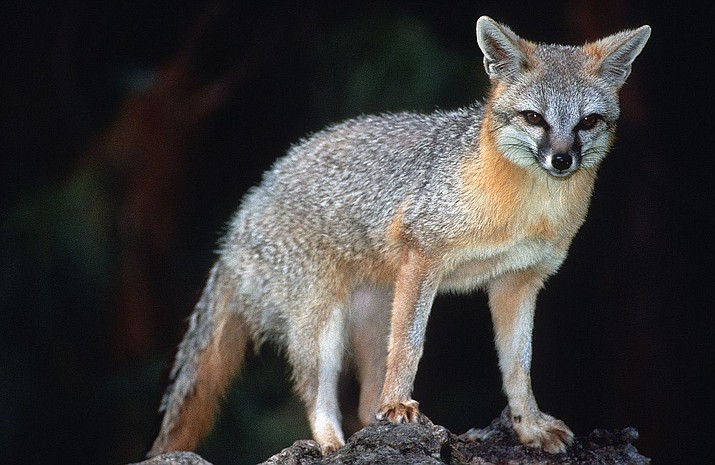 Rabies activity in Gray Fox populations has quadrupled in the last year according to the Arizona Department of Health Services.

Rabies activity in Arizona’s gray fox populations has quadrupled in the last year according to the Arizona Department of Health Services (ADHS).

According to data released by ADHS, 24 rabid foxes were reported in 2017, compared with six rabid foxes reported statewide in 2016. Six of these cases were confirmed in the past two months.

On Dec. 20, a rabid fox attacked and bit a person in Oak Creek Canyon near Sedona.

ADHS reported an outbreak of fox rabies is occurring in the east-central part of Arizona near recreational hiking trails and camping areas in Maricopa and Pinal Counties, which includes the Superstition Mountains Wilderness Area.

Several foxes have been seen alongside trailheads and there is evidence that the outbreak may be spreading to more urban areas posing additional risk to people and their pets living in residential communities. So far in 2017, rabid foxes have been identified in Cochise, Navajo, Pima and Santa Cruz Counties and now recently in Gila, Maricopa and Pinal Counties.

“It is very important for people to take precautions such as keeping their pets on a leash and vaccinated against rabies, which is a very serious disease that can be fatal,” said Dr. Cara Christ, director of the Arizona Department of Health Services. “People can still walk, hike, or camp in these areas, but should be aware that rabid animals have been identified. It is important to make sure you and your pets are not interacting with wild animals. When at home, pets should be supervised or kept in a fenced yard.”

Rabies is a virus spread by the bite of or contact with saliva of an infected animal. Rabies causes severe damage to the central nervous system and usually leads to death once symptoms appear. Human exposures to rabid animals are usually rare, but domestic animals, such as cats and dogs, often come into contact with wild animals.

In Arizona, bats, skunks and foxes are the main animal sources of rabies. The first sign of rabies is usually a change in the animal’s behavior. Animals may act more aggressive or more tame than usual, be out during the day, stagger, tremble, or seem weak. Rabid animals may appear agitated and excited or paralyzed and frightened. Sometimes, rabid animals do not show any signs of illness before death from rabies.

ADHS advises people do not touch, or feed wild or unfamiliar animals, even if they do not appear sick or aggressive. Any wild animal exhibiting erratic or aggressive behavior should be reported to local animal control officials or the Arizona Game and Fish Department at (602) 942-3000 or Coconino County Public Health Services District Animal Management Program at (928) 679-8756.

More information on rabies is available at www.azhealth.gov/rabies.