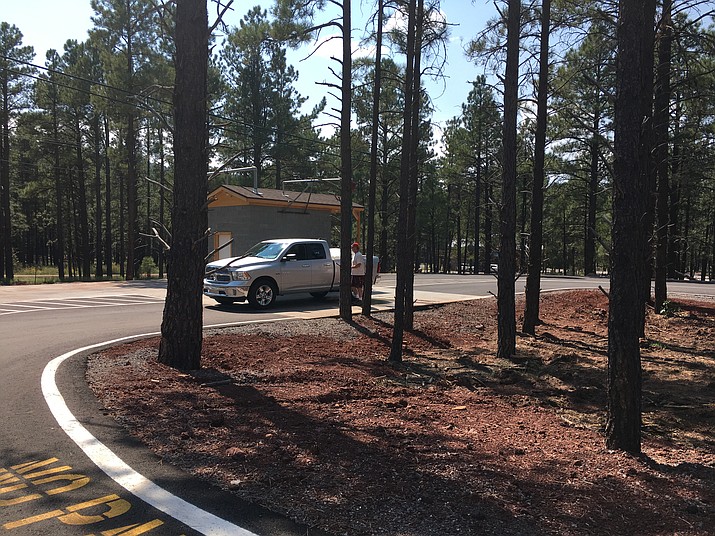 Attempting to accommodate local and commercial haulers, Bearizona recently completed a maintenance project on the well, which required a 10-day closure, prompting haulers to drive to Bellemont and Parks for water.

The closure was necessary as the park attempted to increase its water production to accommodate the high demand for water at the park. The park halted water sales for several days as the well’s pump was lowered 130 feet to increase water pressure.

“We are excited to announce that we were able to get a 25 percent increase in water production,” said Bearizona CEO Sean Casey.

Casey said the park is now adding several more water lines from the well to the pay station.

“We are adding a few more lines to help increase the speed of loading trucks,” he said.

Casey opened the Bearizona water station to the public in the fall of 2017. The opening unexpectedly coincided with the closing of the Red Lake water station resulting in a massive influx of users to the new Bearizona station.

Casey said the park has been working since the opening to adjust to the high volume of users.

He said his priority is to provide high quality potable water to residential and commercial users. He said he has contracted with a few businesses, but has had to restrict use to commercial operators to ensure water is available for residents.

“We used to have to create quite a ballet to make everything work, and we still had to turn away commercial haulers,” Casey said.

The Bearizona system allows users to pay online and receive email updates about any closures or maintenance to the facility.

“Our customers have been very understanding when it comes to improving our system,” Casey said. “We know it’s a pain for them to drive to Bellemont, we’re thankful for their understanding.”

Casey said the improvements are now adequate for the demands of the current users and for future infrastructure plans for the park. Casey said employee apartments and a hotel are on the near horizon.

He said the park is also working on plans to help distribute usage throughout the day to limit long lines at the station. He currently is running a limited special where users can pay .5 cents less per gallon if they fill up between 9 p.m. and 5 a.m.