Williams aviation history Part II: Where was the Spirit of St. Louis? 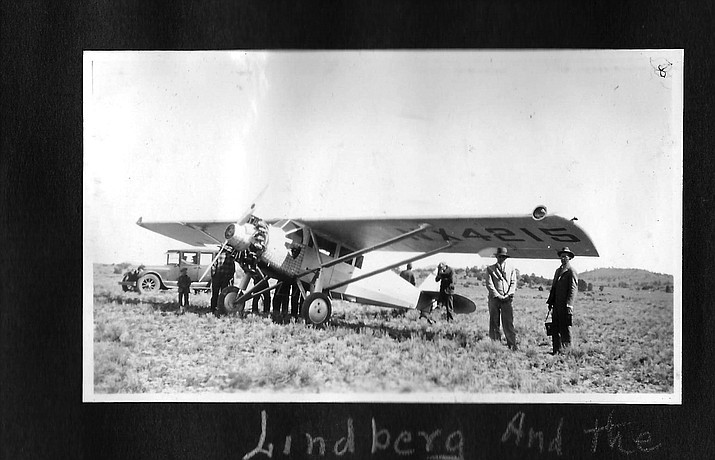 When Charles Lindbergh landed at Webber Field in Williams in April 1928, dozens of residents came out to witness the landing, including local resident E.O. Messimer. 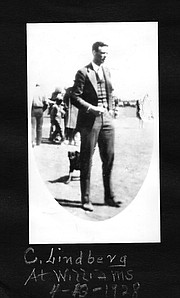 Messimer was a businessman and avid photographer who captured photos of the historic moment when Lindbergh touched down in Williams.

The photos show the detail of the Ryan Brougham NX4215 aircraft Lindbergh was flying that day.

Despite the similarities in body style, the Brougham was not the Spirit of St. Louis, as Messimer believed based on the notes he made next to his photographs.

“I imagine that was what most people probably believed that day,” his grandson Al Messimer said of the photographs.

The Spirit of St. Louis, Lindbergh’s custom made single engine plane he used for the first solo non-stop transatlantic flight from New York to Paris in 1927, had already been retired to the Milestones of Flight gallery at the Smithsonian Institution's National Air and Space Museum in Washington, D.C.

T. Claude Ryan and Franklin Mahoney were partners when the Spirit of St. Louis was designed, but Mahoney eventually purchased Ryan Airlines from Ryan in 1926. He renamed the company the Mahoney Aircraft Corporation in 1926. Not long after, Mahoney gave Lindbergh the NX4215. The X meant the plane was on the leading edge of technology, with its larger wings and superior landing lights.

The Mahoney Aircraft Corporation produced the Ryan Brougham from the 1920s to early 1930s. Its design was similar to the M-1 mail plane first produced by Ryan in 1926 as a high-wing, strut-braced conventional monoplane.

The plane had seats for four passengers, which Lindbergh frequently used. He used the plane on his early survey flights for Transcontinental Air Transport, which was the reason it was flown to Williams.

Despite its similarity to the Spirit of St. Louis, except for the far greater visibility all around, this plane was never favored by Lindbergh. After six months, he returned it to Mahoney after the Curtiss Corporation presented him with a Curtiss Falcon.

Lindbergh continued his survey work for TAT using the Falcon, which only had room for one passenger.

*Note the bi-plane photo in the Feb. 14 edition of The Williams News most likely was Lindbergh's Curtiss Falcon.