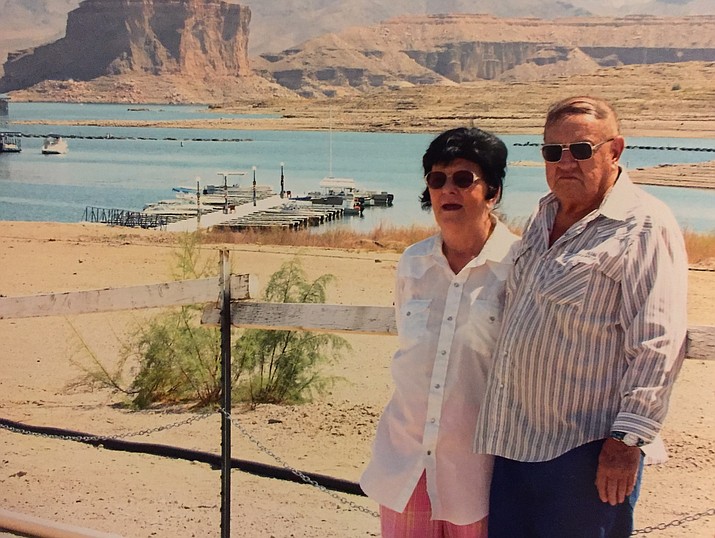 Bob is survived by his wife of sixty-two years, Jackie, his sons Dustan (Tina), Donald (Lola) and Daniel (Wendy) along with eight grandchildren and eleven great grandchildren.

Bob served in the United States Navy during the Korean War Conflict. He enlisted in 1953 and attained the rank of third class Aviation Ordnanceman. He was awarded the National Defense Service Medal: China Service (Korean Conflict).

With the exception of his military service, Bob was a lifelong Arizona resident, born in Williams and living across the Copper State. Bob owned businesses in Williams, Winslow and Phoenix and worked for the electrical cooperative in Bullhead City and Kingman until his retirement. Bob enjoyed fishing, gardening, reading and building wood planes that depicted his Navy service in retirement.

Bob was a Life Member of the Veterans of the Foreign Wars, the American Legion and a member of E Clampus Vitus- Billy Holcomb Chapter.

A graveside service was held in Kingman at Mountain View Cemetery, 1301 Stockton Hill Road, Kingman Arizona on Wednesday, Jan. 31 at 2 p.m. Charitable donations in memory of Bob may be made to the Veterans of Foreign Wars Post 3516, 2826 Wikieup Ave, Kingman.