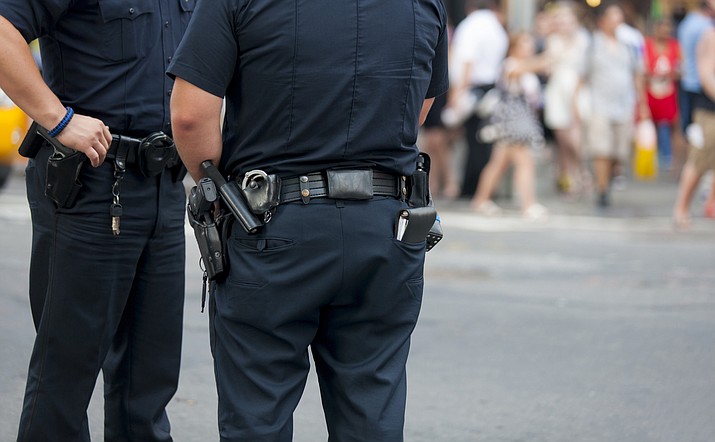 A Williams man was sentenced to probation in the accidental shooting of a 6-year-old in 2016.

A 31-year-old Williams man has been placed on three years of probation after firing a revolver and injuring a young child two years ago.

Joshua Vanwinkle pleaded guilty to child endangerment, a Class 6 felony, in October 2017 for an incident that occurred in Williams June 24, 2016.

Police officers responded to Grand Canyon Railway Hotel on Grand Canyon Blvd. in Williams for reports of a child who had been shot. Authorities located a 6-year-old boy who had sustained gunshot injuries to his leg.

Vanwinkle, who was a carriage driver for Cowboy’s Service Carriage Company, accidentally shot the boy while reholstering a revolver used to protect his horse from dogs.

Vanwinkle’s plea agreement dropped all charges excluding child endangerment — a charge that carries a presumptive sentence of one year in prison.

The court considered the aggravating circumstances of the serious emotional and physical harm rendered to the child, and the emotional and financial harm to the parents.

The court also considered the mitigating circumstances of the defendant which included genuine remorse, rendering immediate aid to the victim, no prior criminal history, gainful employment and family and community support.

As part of the plea agreement, Vanwinkle may not consume or possess any substance containing alcohol nor enter any bars or possess or ingest illegal drugs and is subject to paying restitution.

According to Williams Police Chief Herman Nixon, Vanwinkle, a driver for the Cowboy’s Service Carriage Company, accidentally discharged a .357 revolver shooting the boy in the leg as his family spoke to the driver in the driveway in front of a gift shop.

Vanwinkle told officers he had his gun unholstered with the trigger cocked back because a pit-bull dog had lunged at his horse earlier and he wanted to be prepared if it returned.

The family of the 6-year-old approached Vanwinkle, who was atop the carriage, to inquire about prices for a carriage ride when Vanwinkle attempted to reholster his gun and the gun discharged hitting the boy in the leg.

Williams Police Chief Herman Nixon said the bullet was a .38 caliber round that entered the child’s leg above the knee and exited behind his calf.

The child was taken by ambulance to Flagstaff Medical Center where he underwent surgery to remove bone fragments. He is expected to make a full recovery.

The victim was visiting from Texas and multiple family members, including several other children, were outside the gift shop prior to the shooting.

Nixon said Vanwinkle was booked into Coconino County Detention Facility on charges of aggravated assault, child endangerment and disorderly conduct with a weapon.

Boy shot by carriage driver in Williams
Remember when: One year ago, I-40 shooter gripped community
Seligman man claims shooting of wife accidental
Watch: Driver charged with attempted homicide in I-40 wrong-way crash
Lillian Hester sentenced to life for death of six-year-old nephew