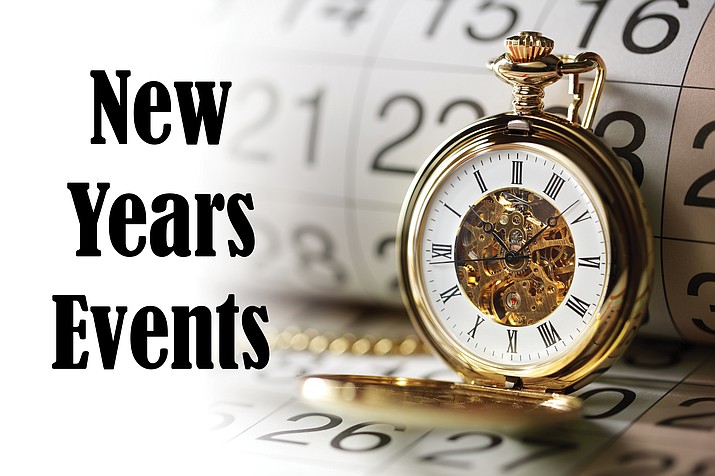 WILLIAMS, Ariz. — The community of Williams is gearing up to kick off the New Year in a big way with several events planned at local businesses for the festive night.

Best Western Plus is having live music with Omar from 4 p.m. to 8 p.m. Along with the music, food will be served from 6 p.m. to midnight. Best Western is located at 2600 W Route 66.

Grand Canyon Brewing Company is hosting a Black and White Affair New Year’s Eve Party with music by Grammy nominated artist Aaron White and his band the Bluestone Project. They are offering a special beer release and a three course meal. At midnight the restaurant is having a fireworks display. Doors open at 5 p.m. Music begins at 9 pm. Guests must be over 21. Grand Canyon Brewing Company is located at 301 N. 7th St.

Kicks on Route 66 is having a special New Year’s Eve four course dinner from 5 — 10 p.m. that includes appetizers such as Louisiana Shrimp, crab cakes, smoked scallops, Tiger shrimp, Portobello mushrooms, smoked diver scallops layered with pineapple mango salsa served with avocado and cilantro lime aioli. They will have an option of creamy lobster bisque or house salad. For an entrée, there is surf and turf, lobster raviolis and margarita chicken. For dessert they will have French silk pie and maple bourbon pumpkin cheese cake. A kid’s menu is also available. They are accepting reservations at (928) 635-2052 for the event, which lasts from 5 to 9 p.m. Kicks on Route 66 is located at 2550 W. Route 66.

The World Famous Sultana Theatre is hosting their Dance Away 2018 party on New Year’s Eve. They will have live music by Pure Prophet from 9 p.m. to 1 a.m. There will be complimentary champagne to toast at midnight. There is no cover charge. Customers must be over 21. The establishment is providing free rides to and from the theatre. The rides can be scheduled by calling (928) 301-7975. The World Famous Sultana Theatre is located at 301 W. Historic Rte. 66.

Wild West Junction is having a New Year’s Eve celebration from 6 – 10 p.m. with a special dinner of top sirloin with grilled shrimp, which will be served with cheesy mash potatoes, vegetables, green salad, bread and strawberry cheesecake. The restaurant will provide complimentary champagne to toast at midnight. There will be family friendly activities for children, with a bear climbing a telegraph pole to mark New Year’s Eve as it arrives in each country.

When the picnic basket reaches the top of the pole, the basket will spill the treats on to the ground for the children. Whoever catches the baby bear will have the honor of lighting the fire for the burning of the effigy.

The day will culminate with a burning of the effigy of the old year. The effigy will represent something from the old year that a person wants to put behind them. Guests to write down their negative experiences from the past year onto pieces of paper and pin them to the effigy. At midnight the effigy, as well as the things people wish to leave in the old year, will go up in flames. Wild West Junction is located at 321 E. Rte. 66.