Discarded woodstove ash a possible cause of Williams house fire 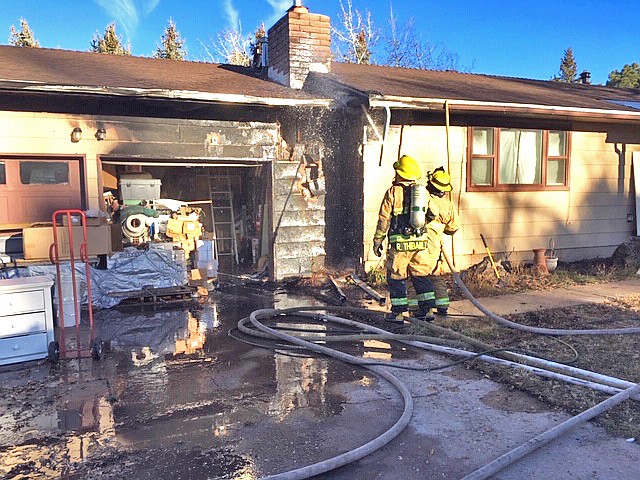 WILLIAMS, Ariz. — The Williams Volunteer Fire Department responded to a structure fire at a residence in Williams Dec. 19. The occupants safely escaped the home.

According to Assistant Fire Chief John Moede, firefighters received a call for a fire at a home on Tenth Street in Williams around 3 p.m. When firefighters arrived, they found a portion of the attached garage on fire.

Firefighters were able to contain the fire to the garage and edge of home, although they found smoke filtering through the attic and exiting the opposite side.

Moede praised the quick thinking of a neighbor who saw the smoke and flames and alerted the resident.

“We commend that man for his quick thinking by alerting the occupant of the home,” Moede said.

Although the cause of the fire is still under investigation, Moede said it appeared the fire started from discarded ash from a woodstove inside the home. The ash was discovered directly next to the house, which was close enough to ignite the siding of the house.

Moede said he was pleased with the turnout of volunteers.

“I’m very proud of them, they worked very hard,” he said. “The response was terrific, we were on scene with our people in fewer than eight minutes. That was with two engines and 10 people. For a volunteer fire department, that’s terrific.

Moede said homeowners with woodstoves should place ashes in a metal bucket until cooled.

“This was preventable fire and that’s why smoke detectors are good. They give people time to get out,” he said.

The house was currently under renovation and the home owner was working on the house at the time of the fire. Moede said there was wiring for smoke detectors, but they had not yet been installed.

The home owner was treated by Life Line Ambulance for smoke inhalation, but not transported.