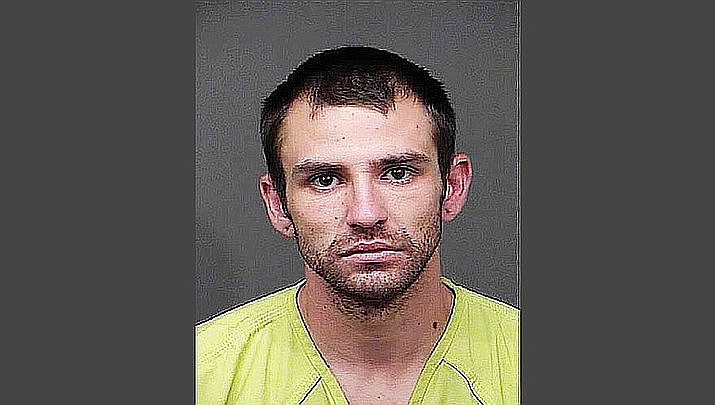 Justin James Rector is accused of murdering 8-year-old Isabella Grogan-Cannella in 2014. Rector now faces life in prison and will be sentenced in January. (Courtesy photo)

GRAND CANYON, Ariz. — Four years after the murder of Isabella “Bella” Grogan-Cannella, her family will finally get the closure they’ve been waiting for: Justin James Rector pleaded guilty to first-degree murder four months before his April 2019 trial.

Bella disappeared Sept. 2, 2014 while under the care of her grandmother Freddie Nicholson, who shared the home with Bella and her sister, Bella’s parents and Rector, a guest in the home. According to police reports, Bella’s mother, Tania Grogan, and her husband Ralph Folster III, had gone to the store and left Bella and her sister in Nicholson’s care.

Bella was found the following day in a shallow grave near the home. She was partially undressed and Mohave County medical examiner later determined she had been strangled and sexually assaulted.

A search of the home following Bella’s disappearance and murder turned up even more trouble – investigators found drug paraphernalia in the home and police records show both Grogan and Folster are suspected of manufacturing and selling methamphetamine and heroin out of the home. A pipe used for methamphetamine was found in Nicholson’s room during the search and police records show Rector later admitted to detectives he had been smoking methamphetamine throughout the day of Bella’s disappearance.

Rector was arrested and charged with kidnapping, child abuse, murder and abandonment of a corpse, although his case has been in limbo since 2014 because of high turnover in defense attorneys and delays related to seeking a mental health evaluation. Deputy Mohave County Prosecutor Greg McPhillips has made several attempts to expedite the proceedings, which were scheduled to begin April 29, 2019. Rector recently made a decision to serve as his own defense attorney against the advice of both the judge and his defense counsel. A week later, he pleaded guilty to first-degree murder in exchange for all other charges being dropped. In addition to charges resulting from Bella’s murder, Rector also face three additional charges of aggravated assault on a detention officer stemming from a 2017 incident.

Rector now faces life in prison and will be sentenced in January.

It’s a bittersweet ending for Sue Winchester, Bella’s other grandmother who took custody of Kaylee (Bella’s then-10-year-old sister) and her brother Gunther, born after Grogan was jailed on unrelated drug charges. She has fought tirelessly for justice for Bella, and has opened a home to foster children in Bella’s name.

Although she’s glad Bella’s siblings will finally have closure, Winchester said she had hoped all the charges would stick.

Winchester said she wanted Rector to have to remember all the things he did to Bella, but mostly she wanted to know the question all victims of a tragedy fixate on: the why.

“I want to know what happened and what prompted his actions,” she said. “What, if anything, was the role of Bella’s mother and stepfather? He was at their house the next morning supposedly helping look for her. There are so many unanswered questions.”