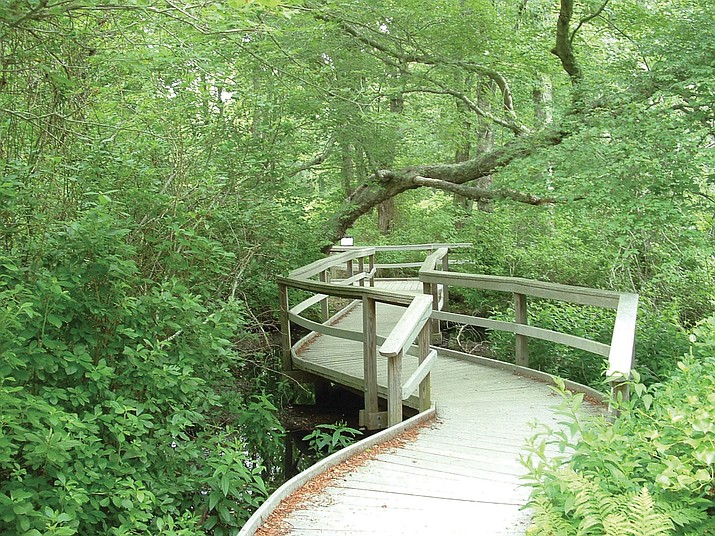 The trail was first developed in 1964. It is a favorite of many residents and a special treat for first time visitors, transporting them into a natural environment of large trees, swamp habitat and wildlife. The trail had deteriorated over time to the point where seashore managers closed it due to safety concerns.

Staff repaired the trail in stages, utilizing innovative methods to shape the boardwalk into its characteristic curved configuration. Most of the trail reopened in 2017, with the final piece, the spur, being completed in November.

THOUSAND OAKS, Calif. — National Park Service researchers discovered the remains of P-64, a male mountain lion who survived the flames of the Woolsey Fire but died a few weeks afterwards.

“P-64 was a fascinating cat to study because he crossed our notoriously deadly freeways dozens of times,” said Jeff Sikich, biologist for Santa Monica Mountains National Recreation Area. “It’s very unfortunate that he was seemingly so successful surviving in this fragmented landscape and then died in the aftermath of a devastating wildfire. It’s of particular interest that he chose to travel back through a fresh burn area rather than retreat through urbanized areas to escape the fire.”

P-64 was approximately four years old and was first captured in February 2018 in cooperation with The Boeing Company at the Santa Susana Field Lab in the Simi Hills. Also known as “the Culvert Cat,” he surprised researchers by using a long and narrow storm drain multiple times to cross under the 101 Freeway near Liberty Canyon in Agoura Hills. During the nine months that he was tracked by NPS researchers, he crossed the 101 and 118 freeways a total of 41 times