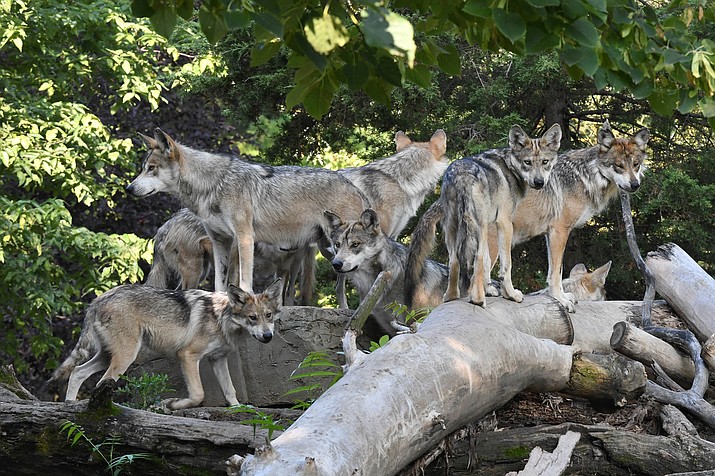 ALBUQUERQE — More than any other public lands, national forests often serve as the backdrop for conflicts between residents — native wildlife and the people who live on and work the lands.

That conflict came to a head near Reserve, New Mexico when rancher Craig Thiessen, who has a grazing permit for an allotment near Canyon del Buey, pleaded guilty to trapping and killing an endangered Mexican Wolf in 2015. Thiessen’s guilty plea stated that he found a the animal caught in a leg hold trap on his property and that he beat the juvenile wolf to death with a shovel because he feared it would attack him. Thiessen also stated he knew the animal to be an endangered Mexican wolf because it was wearing a radio tracking collar affixed to the majority of wolves on the Gila National Forest.

According to the New Mexico District Attorney’s office, Thiessen was sentenced to a one-year term of probation and was ordered to pay $2,300 in restitution to the Mexican Wolf Recovery Program.

In an interview with the Santa Fe New Mexican shortly after the plea, Thiessen confirmed that he had hit the animal with the shovel, but disputed that he killed it. He said after he hit it, he released it and it left the area.

Acting Special Agent in Charge Phillip Land of the U.S. Fish and Wildlife Service said the sentence should serve as a deterrent for others.

“This defendant knowingly took a Mexican gray wolf, the rarest subspecies of gray wolf in North America,” he said. “The defendant’s guilty plea should serve as a deterrent to those who choose to knowingly harass and take wildlife unlawfully. We will continue to work with the Department of Justice and others to bring these offenders to justice.”

While both wolf reintroduction and ranching advocates disagreed about whether the sentence was appropriate — Thiessen himself didn’t comment — a coalition of conservationists wrote a letter to the U.S. Forest Service asking for a rarely-used remedy: revoke Thiessen’s grazing permit.

In a letter addressed to both the supervisor of the Gila National Forest and Forest Service Chief Victoria Christiansen, around 30 representatives from various conservation organizations and 20 private citizens asked the agency to revoke Thiessen’s grazing permit for knowingly violating a federal law, which is prohibited under Forest Service regulations.

In the letter, the conservationists asked the Forest Service to discontinue the subsidies and support to Theissen’s ranching operation. Theissen received more than $250,000 in taxpayer-funded subsidies in 2015 and more than $40,000 in 2016. The letter states he is the second-highest farm-subsidy recipient in the area.

“The public should not subsidize Mr. Thiessen’s private business after his brutal, violent and unconscionable crime,” the letter reads.

According to the terms and conditions of receiving a grazing permit, the Forest Service has the right to cancel or suspend the permit if the permit holder is convicted for failing to comply with Federal laws or regulations or State laws relating to protection of air, water, soil and vegetation, fish and wildlife, and other environmental values when exercising the grazing use authorized by the permit.

In response to the outcry, Gila National Forest pulled Thiessen’s permit in late November and will offer the allotment to other ranchers once the administrative process is completed. Thiessen has the right to appeal the decision.

The decision has prompted approval from conservation groups, who say that every wolf killed strongly impacts the recovery of a species with just 114 animals left in the wild, especially a species with few chances for genetic diversity.

Since wolves were first reintroduced to Arizona and New Mexico in 1998, about 124 have died, nearly half of them from human interference — shooting or trapping.

But ranching advocates say the reintroduced predators are causing mounting financial losses for ranchers across the range. A federal program to compensate ranchers for livestock losses has been deemed ineffective and inequitable by the New Mexico Cattle Growers Association (NMCGA).

Caren Cowan, NMCGA executive director, told the Santa Fe New Mexican that the wolves have been a huge problem for the group’s members, and that ranchers are rarely compensated fairly for their livestock losses. Cowan said the program pays out money based on how the loss is classified — either a probable or confirmed wolf depredation — and the formula doesn’t take into account fattening time, any offspring the animal might produce or the owner’s time to manage the cattle to prevent an attack.

But Cowan said that any future animals sired by a bull isn’t taken into account.

“They (wolves) kill tens of thousands of dollars every year in livestock, and most think the government pays for those losses,” she said. “They do not.”