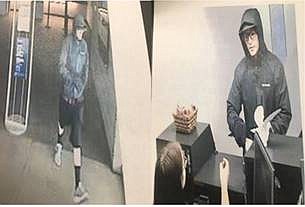 FLAGSTAFF, Ariz – The Flagstaff Police Department arrested Joseph Wild, 28, of Parks, Arizona in connection with the armed robbery of the Chase Bank, 1400 block of South Milton in Flagstaff Nov. 28. 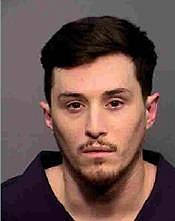 At around 2:35 p.m. a white male of average height and build with dark hair, who appeared to be in his mid-20’s entered the bank, approached a teller with a note stating he had a weapon, and demanded money. After the teller provided him money he left the bank and police were called to investigate. The suspect was wearing a black Columbia jacket, a dark colored flat brimmed ball cap, square framed prescription style glasses and large black snow gloves.

On Nov. 29, Flagstaff Police Department’s Investigative Division received information that Wild matched to the description of the individual who robbed the bank, and immediately conducted further investigation and developed probable cause to arrest Wild.

Flagstaff Police Department would like to thank everyone who assisted with the identification of the suspect in this case.