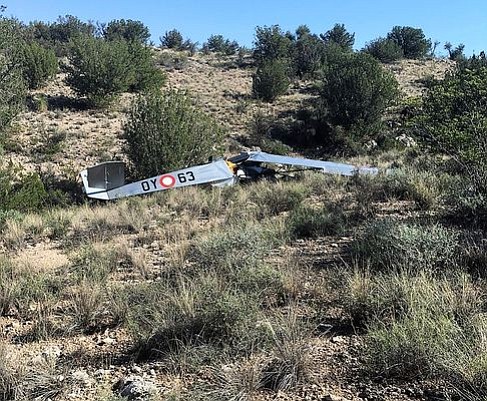 The bodies of Glenn Tenniswood, 68, and Ron Walker, 78, both of Camp Verde, were found at the scene of the crash.

“YCSO would like to express condolences to the family and friends of Glenn and Ron,” D’Evelyn said. “YCSO would also like to thank personnel from the Copper Canyon Fire Department who assisted in the recovering the bodies.”

The plane, which was located about 8:30 p.m. Saturday, was initially reporter overdue about 6:30 p.m.

A family member of the plane’s owner said they had been trying to reach the pilot for several hours without success.

Earlier in the day, Tenniswood indicated he was taking a friend for a short flight around Yavapai County, but local aircraft towers had no record of the plane in the air.

Sheriff’s deputies located the plane by using GPS coordinates from the cellphone of one of the plane’s occupants.