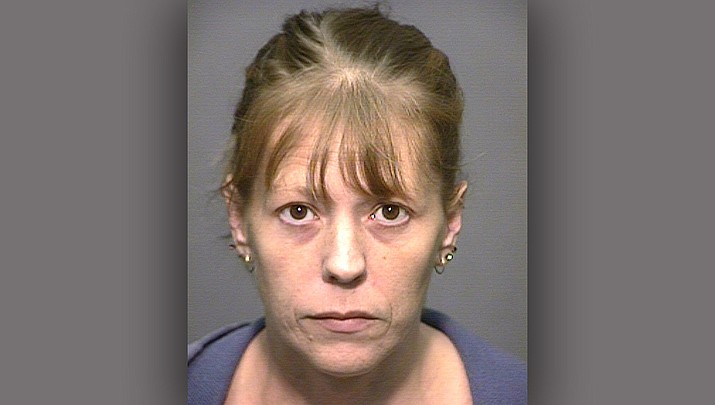 Lillian Hester of Ash Fork was found guilty of first-degree murder and child abuse in the 2015 death of her 6-year-old nephew. (Coconino County Sheriff's Office)

ASH FORK, Ariz. — Lillian Hester of Ash Fork was found guilty by a grand jury of first-degree murder and child abuse in the 2015 death of her 6-year-old nephew Aug. 7.

Hester, 39, was caring for her nephew, Jason Hester, when he stopped breathing. Hester was one of four adults who have been charged in his death.

According to the Associated Press, Hester’s sentencing has not been scheduled. Trials are scheduled for Hester’s mother, Lenda, and the mother’s boyfriend Kimmy Wilson. Hester’s boyfriend Jason Conlee has pleaded guilty to a lesser charge in the case and is awaiting sentencing.

According to Coconino County Sheriff’s Office and autopsy reports conducted by Coconino County Medical Examiner’s Office, Jason was severely underweight and height for his age. He weighed 29 pounds and was 41 inches tall at the time of his death.

Additionally, Jason had multiple bruises to his head, and his right arm had been broken and had never received proper medical treatment.

Examiners say Jason showed signs of dehydration, but found no significant internal injuries that could have contributed to his death.

The autopsy report indicated both the cause and manner of the death as undertermined. Included in the report were findings suspicious of child neglect.

On June 22, 2015 Coconino County Sheriff’s Office was dispatched to the Ash Fork residence for an individual who was not breathing. Kaibab Estates West firefighters arrived on-scene at the same time as officers. CPR was administered to Jason, who was transported to Flagstaff Medical Center.

A responding officer noted that when he arrived at the residence, Jason appeared small for his age and stated there was red around the whites of Jason's eyes and he had scratch marks on his face.

Hester was caring for Jason after her sister, Jason’s biological mother, had given him up at birth.

Jason was one of seven children in the home at the time of the incident.

According to CCSO reports and interviews, Jason was not registered in school and had not been taken to the hospital for several years. He reportedly would drink out of the toilet, throw himself violently down and would refuse to eat.

According to reports, Lillian was asked why, with all the behavioral issues they experienced with Jason, she did not take Jason to see a doctor. Lillian said the behaviorial issues would only last around a week and said her mother, Lenda, thought they could handle the problems themselves, however, Lillian said Jason’s injuries were significant enough in the past that she should have taken him to the doctor. In the report Lillian said, "I thought he needed to go to a mental hospital."

According to Hester, Lenda was afraid that the state would take Jason away permanently.

Hester's sentencing has not been scheduled.

Trials are scheduled for Hester's mother, Lenda, and the mother's boyfriend Kimmy Wilson.

Hester's boyfriend Jason Conlee has pleaded guilty to a lesser charge in the case and is awaiting sentencing.

Some information provided by the Associated Press