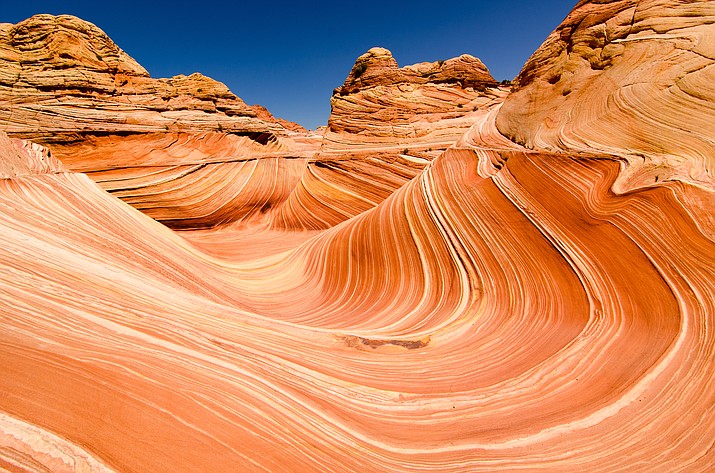 Glen Canyon National Recreation Area officials received a call about a possible drowning in the lake around noon July 25.

Witnesses say the victim was trying to retrieve a boat anchor in 10 feet of water about 30 feet from shore, but wasn’t wearing a life jacket.

He didn’t resurface after diving for the anchor.

Park Service rangers retrieved the anchor line and discovered the victim entangled in the line.

The man was later pronounced dead at an Arizona hospital.

The Coconino County coroner will determine the cause of death.

Tourist dies from heat-related injuries while hiking the Wave

A Belgian man died from heat-related conditions after he became disoriented while returning from a hike to The Wave near Kanab, Utah July 30.

Rangers with the Bureau of Land Management found the body of Christophe Pochic Monday night.

Pochic had hiked to the Wave earlier in the day with his 16-year-old son. At around 7 p.m. July 30 the son called his mother, who was staying at a hotel in Kanab, and informed her that he had become separated from his dad, Kane County Sheriff’s Chief Deputy Alan Alldredge said in a statement released the next day.

The wife then called 911. The teen, who made it out of the Wave, told responders that his father had become disoriented and wanted to hike in the wrong direction.

Kane County Sheriff’s deputies arrived at the Wire Pass trailhead and a helicopter from Classic Aviation joined the search.

BLM rangers found Pochic’s body around 9:15 p.m. He reportedly had been in good health with no medical issues. Investigators at the scene determined his death to be heat-induced. Pochic still had water in his water bottle when officers found him.

His body was taken to an area mortuary before being transported to the Utah Medical Examiner’s Office in Salt Lake City.

“Temperatures in Kane County had been extremely hot the last few weeks and we expect them to continue into August,” Alldredge wrote in the statement. “By early afternoon, the slick rock areas around The Wave can prove to be deadly because of extreme heat.”

Hikers to The Wave are encouraged to hike in early and get out early to avoid the extreme temperatures.

Pochic’s death is the first in the Wave since July 2013 when  three people died of heat-related issues in separate incidents.