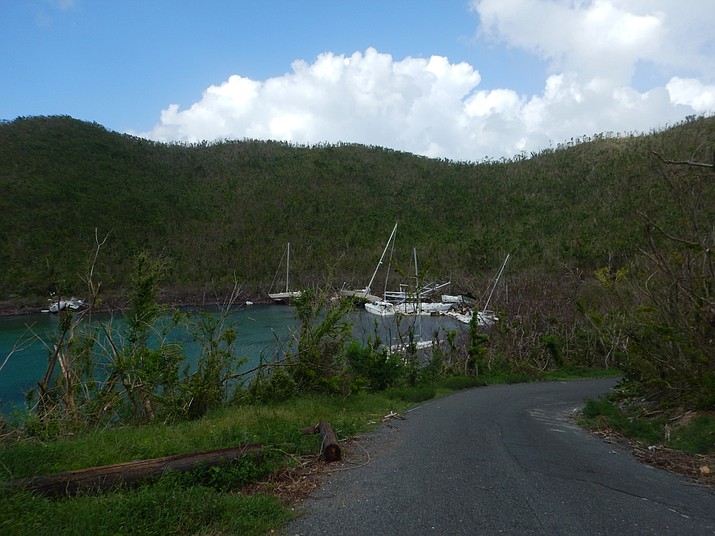 Hundreds of boats were wrecked or tossed ashore near Virgin Islands National Park during Hurricanes Irma and Maria. (Photo/NPS)

BOULDER CITY, Nevada — Authorities at Lake Mead National Recreation Area are searching for a person who may be missing within the park.

Brian W. Yule is a 69-year-old white male with gray hair and green eyes. He is 6-feet-tall and weighs around 200 pounds. He was last seen around noon Aug. 10 leaving Callville Bay Marina on his blue and white 25-foot sailing vessel.

Anyone with information on his whereabouts and anyone who saw his boat is asked to call the Lake Mead Dispatch Center at (702) 293-8998.

Storm-damaged vessels to be removed from Virgin Islands National Park

Park staff met with the Navy upon their arrival to review the project and update the boat removal schedule. The crane barge will begin removing boats Aug. 13, starting in Princess Bay and following with Borck, Otter, Water and Mary Creeks. Removals at Hassel Island are currently scheduled to begin on Aug. 27.

The park was heavily damaged during hurricane Irma and was further damaged weeks later by hurricane Maria.