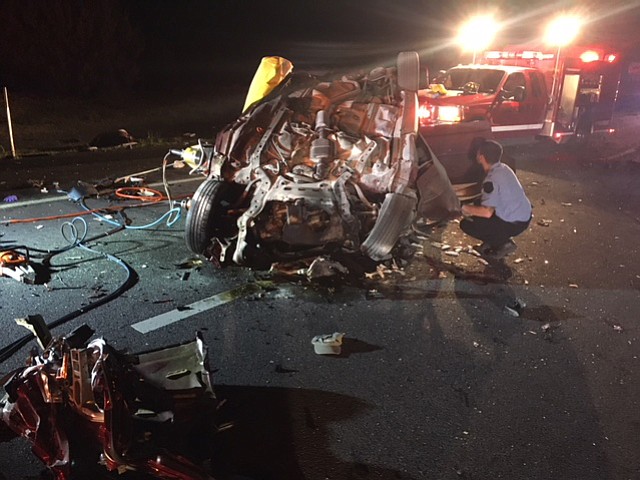 An EMS provider works the scene of a fatal car accident on I-40 west of Williams Aug. 8.

WILLIAMS, Ariz. — Three people were killed in a head-on collision on Interstate 40 between Ash Fork and Williams Aug. 8.

According to Arizona Department of Public Safety spokesman Quentin Mehr, a 2007 Ford sedan was traveling in eastbound when the driver crossed the median into the westbound lanes and struck a 2011 Chevrolet pickup traveling westbound.

Moede said firefighters from Williams were responsible for the extrication of the victims and assisted with the clean-up of the accident scene.

“It really was a significant extraction,” he said. “I was very proud of Ash Fork and our people and how well they worked together.”

Moede said although there is a lot construction currently on I-40, the accident occurred west of any construction areas.

“They really don’t know what happened yet,” he said. “A New Mexico car came from the other side, he was eastbound and went right into that truck. There is some grass, a channel for some water, but it’s not that far (to the westbound lanes).