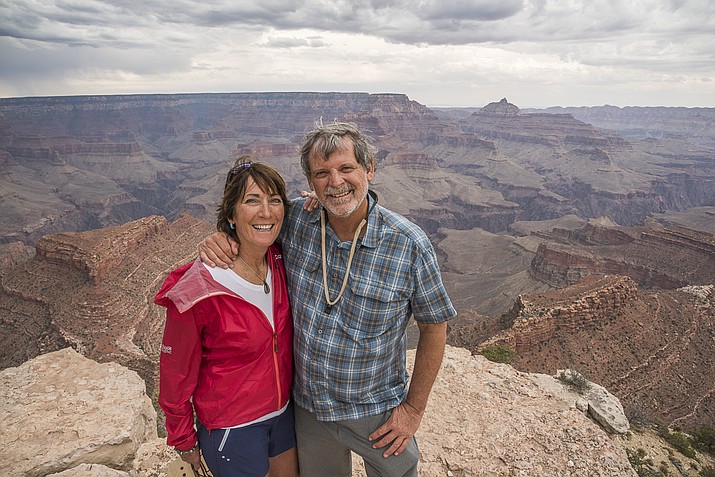 The Pioneer award is presented annually to a living individual who has made a significant and lasting contribution to the understanding of and knowledge about the Grand Canyon of the Colorado River. The award was presented by GCHS President Dave Mortenson.

During the presentation, Ranney was recognized for his many contributions to the Grand Canyon community, including more than 40 years of study, river and trail guiding, teaching, public lectures and leadership of non-profit organizations. Mortenson thank Ranney for helping the GCHS mature and professionalize during his six-year tenure as a board member and five-year terms as president, noting his important role in facilitating cooperation between the Grand Canyon Historical Society, the National Park Service and surviving family members in achieving National Historic Landmark status in 2014 for the 1956 Grand Canyon TWA/United Airlines Aviation Accident Site. The Park Service has since erected a plaque honoring the designation that is prominently displayed at Desert View

“I feel privileged in being associated with the hundreds of members who volunteer and donate to our scholarship funds, and who share in my undying love of the Grand Canyon and its history,” Ranney said after receiving the award. “Standing on the rim of this amazing canyon, I am reminded of the people whom I have had the joy to work with in sharing and preserving the amazing history in this outstanding landscape. Thank you for this honor.”

GCHS Vice President Haley Johnson highlighted the numerous ways Ranney contributed to an increase in our understanding of the Canyon, including his commitment and volunteerism to other governing boards in the Grand Canyon region. Ranney served 10 years on the board of the Museum of Northern Arizona and eight years with the Flagstaff Festival of Science.

Ranney served for three years in the 1970s as a National Park Service volunteer, backcountry ranger and trail crew leader in Grand Canyon National Park. He also spent five years in the 1980s with the Student Conservation Association as trail crew leader in Capitol Reef, Zion, Chiricahua and Big Bend national parks. Having completed over 100 river trips and over 400 guided hikes through Grand Canyon, Ranney has shared his insights and knowledge of the canyon with many thousands of visitors, park interpreters and residents.

Johnson also commended two books Ranney authored during his time at Grand Canyon: “Carving Grand Canyon” and “Ancient Landscapes of the Colorado Plateau,” both published by the Grand Canyon Association. Johnson said the books have served countless visitors, residents, guides and interpreters in helping them develop a better understanding of regional landscape development as well as the history of evolving ideas through more than 150 years of scientific study.