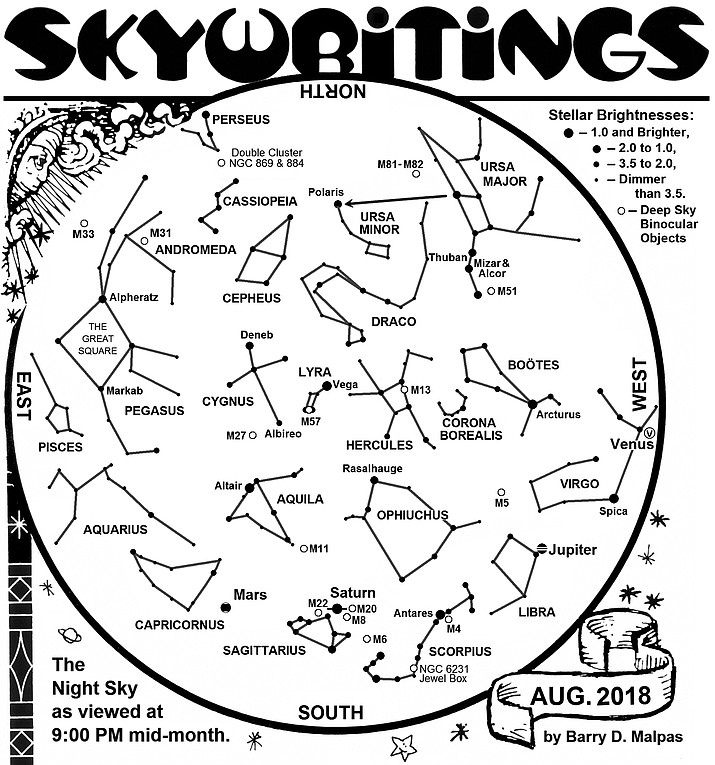 In high school science class, you were told that there were three fundamental atomic particles. As far as what most people need to know, these electrons, protons and neutrons are probably as far as most people study in chemistry. However, astrophysicists and high-energy physicists have been searching for even smaller particles over the past century and have found muons, tau particles, and neutrinos, about three dozen in total.

Among these many fundamental particles, neutrinos are so unusual that, in 1930, when Austrian-born American physicist Wolfgang Pauli (1900-1958) predicted the existence of these almost mass-less particles, he worried he had postulated something that could never be detected. But they were first proved to exist in 1956 by American physicists Frederick Reines (1918-1998) and Clyde Cowan (1919-1974) in a project called Poltergeist.

In astronomy, telescopes come in many forms. Most people are acquainted with the optical kind that uses lenses or mirrors, or even radio telescopes, large dish antenna that can detect radio waves coming from space. However, the first neutrino particle detector telescope was constructed by physicist Raymond Davis (1914-2006) in 1966 using a huge vat containing 600 tons of perchloroethylene, a dry cleaning liquid solvent, buried a mile beneath the Black Hills of South Dakota in an abandoned gold mine. As solar neutrinos passed through the fluid, a few triggered a chemical reaction with the solvent, which allowed him to count the particles. Since then other types of neutrino telescopes have been created.

Currently the IceCube Neutrino Observatory at the Amundsen-Scott South Pole Station in Antarctica is the world’s largest Neutrino detector and was completed in 2010. It is a cubic kilometer of clear ice with over 5,000 light sensors arranged in a grid designed to look for high energy sources of neutrinos.

Cosmic rays originate in highly cataclysmic events in the universe. However, while cosmic rays are affected by magnetic fields that permeate space between their source and us, neutrinos are ghost-like subatomic particles that can travel through space relatively unhindered by stars, galaxies and other things, making their sources more reliable. Literally trillions of them zip through us every second. Hence find a source of Neutrinos then it is likely a source of cosmic rays as well.

The problem in finding neutrinos is the same thing that makes them useful detectors; they pass unhindered through other matter, even Earth, with little interaction. However, occasionally a few will collide with atomic particles within an ice molecule. When this happens, the collision creates secondary particles such as muons that can be detected as they give off a cone of blue light known as Cherenkov Radiation, which the IceCube photomultiplier sensors can detect.

On Sept. 22, 2017 such an event happened, enabling scientists to discern the direction as well as the potential source of that neutrino. Telescopes world-wide were then directed to the coordinates in the constellation Orion to determine their origin.

The Major Atmospheric Gamma Imaging Cherenkov (MAGIC) telescope in the Canary Islands located an object at the same coordinates where the neutrino came from. It detected a blast of high energy gamma rays from a blazar, a giant galaxy with a huge spinning black hole at its center a billion times the mass of the sun, 3.7 billion light years distant. The Black Hole has twin laser-like jets of highly ionized matter traveling at nearly the speed of light that shoots out along its polar rotational axes.

These and other coordinated astronomical observations have shown the blazar was the true source of the neutrino. And since this source produces both gamma rays as well as neutrinos, we now have evidence that galactic black holes are a major source of cosmic rays and that neutrino telescopes are a new and useful tool with which astronomers can gain more insight into the understanding of the nature of our universe.

Members of the Coconino Astronomical Society, in conjunction with the city of Williams, will host its monthly Star Party from 7:30 to 9:30 p.m., at Glassburn Park, in the natural area west of Rod’s Steakhouse parking lot. Several large telescopes will be on hand to view the moon, planets and other celestial objects. The event is free and open to the public.